Burglary is a crime. However, depending on the factors associated with the crime committed, it can be classified as either a felony or misdemeanor offense. Irrespective of whether a person has been accused of a felony or misdemeanor burglary, the consequences of a criminal conviction can be steep and this is why arrested defendants need to take proactive steps to ensure the protection of their rights and interests.

Depending on the factors associated with the case, the defendant may be sentenced to possible jail time and/or fines.

If you or a loved one has been arrested in connection with a burglary and you have been offered bail, taking this option is a great way to secure your freedom temporarily while you work with your legal team to find a solution to the problem at hand. However, if you are unable to come up with the amount that has been set as bail, you can contact a bail bondsman to post the bond for you. By doing this, you buy yourself some more time to work on the case, hire an experienced attorney, and spend time with family and friends ahead of the next court date.

However, the above paragraphs don’t sum up all that you should expect if you have been arrested for burglary, below are some of the information that you need to know.

If you or a loved one has been arrested for burglary, the next stop is at a jailhouse where the offender is held until they can appear in court. During this first court appearance, the defendant will be asked to enter a plea after which the prosecuting counsel will move to establish that the defendant intended to commit a crime or did commit a crime by breaking and entering into the building.

The prosecuting counsel has the burden of proof and this may be helped in the presence of outstanding evidence that backs up their claim.

Are All Burglaries The Same?

Not all burglaries are the same. The penalty allowed by law can range from one year imprisonment to as high as 20 years prison time as well as corresponding fines, depending on the aggravating factors associated with the case.

When classifying burglary, defendants can be classified as having committed first, second, third, or fourth-degree burglary. The difference between each of the degrees of burglary is dependent on the aggravating factors

Defendants who are facing burglary in the first degree are classified as facing felony charges. If such a defendant is found guilty, he or she may face up to 20 years of imprisonment as well as a fine of no more than $35,000. However, the court may decide to impose both of the punishments on the defendant.

A defendant that is convicted of a third-degree burglary will enjoy penalties that are less severe compared to the first and second-degree felonies, however, this conviction is capable of changing the progression of the defendant’s life. A conviction in a third-degree burglary case can earn the defendant as much as $10,000 in fines as well as a prison term of no more than 5 years. This offense is considered a misdemeanor.

In a case of fourth-degree burglary, also a misdemeanor and considered the least serious of all degrees, the defendant may be sentenced to a prison term of not more than one year and/or a fine of $3,000 or less.

In the context of burglary, there are several factors that can aggravate and complicate a defendant’s case, one of those factors is the type of building.

Occupied Dwelling: If a burglar enters into an occupied dwelling, such an action is considered a serious criminal offense and this is because it is assumed that the offender has a greater chance of harming the occupants during the course of the burglary.

Forced Entry: If a defendant was established to have forced his or her entry into a dwelling like a bank, government building, religious institutions, school, historical site, pharmacy, or any building with a significant amount of controlled substance, such an offense is also considered a serious crime. 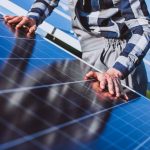 How To Evolve A Content Strategy For Marketing On TikTok?

How To Get A CPS Case Dismissed?

Four Reasons You Might Need An Expert Injury Attorney