Malware can come in many forms and can harm your system. Some can actively disrupt your target’s operations. They can damage critical files and even physically destroy systems. Malware can also be directed to perform large-scale DDOS attacks. Fortunately, there are ways to know what are malware attacks that could possibly interrupt your business and protect your system from them.

Trojan horses are malware infections that can cause havoc to your computer and network. They usually masquerade as legitimate software and download onto a victim’s PC. They can also take over a victim’s computer for a few hours, days, or weeks. Often, these malware infections steal financial and other information from a targeted computer or network. Trojan horses can be spread through email, and the most common way they infect computers is through email attachments. Hackers often use spamming techniques to trick their victims into downloading a malicious file. These spams can reach hundreds of thousands of recipients. Once the user opens the email attachment, the computer will execute the malicious code.

Worms are malware replicating themselves and spreading to other devices via a network. The purpose of this type of malware is to consume system resources and cause damage to the host computer. Some worms require user interaction to spread, while others do not need a host. They can enter the system via an external hard drive or a malicious website and then infect other storage devices attached to the infected system. Some worms also spread through internet activities, such as clicking on links or email attachments. Worm malware can cause serious damage to a computer system, deleting or corrupting data, overloading a shared network, and compromising operations. Worms use a self-replicating infection method and usually take advantage of a vulnerability in the host’s operating system. These malicious software programs can also spread via a network by infecting computers and creating botnets that spread spam and denial-of-service attacks.

Malware is a group of threats that are designed to harm computer systems. These programs have many different objectives, and their scope is limited only by their creators’ imagination. However, some common types of malware can affect your system, and the types and severity of these attacks vary from one type to the next. Most malware is designed to target Microsoft Windows and Mac operating systems. It can also cause harm to other systems. Malware can reduce your computer’s speed, compromise your firewall software, modify data files, and even delete files on your hard drive. It can also install spyware or ransomware. Some types of malware remain dormant for a long time, and others wait for a specific trigger to attack.

Unlike traditional malware, fileless malware does not store files or require installation. As a result, the malicious content never reaches the hard drive. This low-footprint approach makes fileless malware a popular choice among cybercriminals. Several early examples of fileless malware include Frodo, Number of the Beast, and The Dark Avenger. Another type of fileless malware is the exploit kit, which consists of a collection of exploits. The attacker uses these exploits to infect a computer without leaving a trace. The exploits are controlled remotely from the attacker’s central management console. The attacker typically lures its victim by sending phishing emails.

Ransomware is malicious software that encrypts files and demands payment for the decryption key. It has been used to target websites, tax-related files, and database files. This type of malware first surfaced in 2005 and 2006 in Russia. Its creator, Joseph L. Popp, was a Harvard-trained evolutionary biologist who distributed infected diskettes to AIDS conference attendees in Stockholm. Ransomware can be downloaded by unwitting users or dropped by other malware. Some ransomware is delivered as spam emails, malicious pages, or exploit kits. 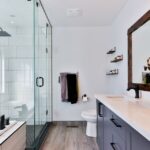 Top 3 Pest That Can Cause Home Structural Damage

How Does ServiceNow IT Service Management Drive Operational Excellence?

The Future Of API Security Is Through Industry Standards