Undecember is a free ARPG that features intense combat and free-for-all battle tactics. Players have access to build their ideal characters and change their fighting styles according to their desires. While it is not easy for players to play Undecember in the beginning. So, we are going to offer you several tips that help you familiarize yourself with this fantastic game. Players can get Cheap Undecember Ruby to collect essential items for characters and craft their demanded gear in the game.

Players Need To Use Their Available Stats Points In Time

When players have decided on their weapon class, they need to update their stats with available points. There are three important stats in the game, Dexterity, Intelligence, and Strength. Each of them is relevant to a special kind of weapon in the game. As they are improved, the ability of weapons will be improved at the same time. If you are not going to improve their stats, you may be at a severe disadvantage when you meet strong enemies.

Players who select a bow-focused build need to improve their Dexterity over other options. Melee builds need Strength, and magic builds need Intelligence. For players who usually change between weapons, you need to focus on these stats of the weapons.

Due to the large world of Undecember, it is slow for traveling by foot. Players can improve their characters’ footwear to improve the speed of walking. Then, you can accelerate the process of traveling when you are going to complete quests in the game.

Players need to add movement modifications to the footwear of choice. You can select boots with a high-speed rating, which can accelerate the speed well. In addition, players can avoid dire situations due to the improved speed of footwear.

In the process of completing a quest in Undecember, you may be rewarded with different kinds of runes along the way. Players can use specific skills related to the weapons type with the help of skill runes. Link runes can be used to power up skill runes in turn. Runestones can be used to enchant skill runes, which creates more powerful attacks.

Players can get skill and link runes by completing missions and achievements or talking to the relevant NPCs.

In order to defeat more enemies in the progress of quests, players have to upgrade their weapons in time. You can collect more materials like essence and visit a blacksmith who will give you all the information about which weapon requires to be improved. On the other hand, enchanting weapons will also improve weapon by adding extra perks, which requires essence that can be got from monsters or disassembling extra weapons. Extra weapons can be used in this way instead of selling them simply.

Players Need To Take Care Of The Size Of Your Pack

In the beginning of Undecember, players may be excited about obtaining different kinds of materials in the process of questing. While the pack can only hold 100 items. So, you should remember to clear up your pack in time and save more space for necessary items dropped from enemies after battles. If you don’t want to waste premium currency on upgrading the pack, mentioning the pack is a good idea.

Players Need To Redeem The Rewards

When you are playing Undecember, you will be rewarded with different kinds of bonuses, like daily login bonuses. So, please remember to see the quests tablet and confirm the easy quest in the game, and you will get a lot of rewards by completing them.

These essential tips may help you a lot in the process of playing Undecember. If you want to experience more content in the game, you have to upgrade your characters quickly. And you can Buy Undecember Ruby to purchase rare materials for crafting good weapons for your character, which helps them defeat more enemies in the battles and earn more XP for upgrading. 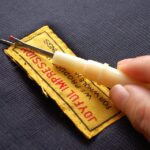 How To Remove Clothing Labels 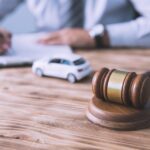 What Does A Car Accident Lawyer Do?