Former NBA star Kenny “The Jet” Smith had some very frank advice for New Orleans Pelicans forward Zion Williamson as he looks ahead to a return from injury.

Williamson has missed 11 games so far this season, and the Pelicans are not better for it as they’re rooted to the bottom of the Western Conference with a 1-10 record – the best live betting sites don’t peg them to achieve anything of note either. Zion is finally beginning to get on the end of media criticism over his conditioning, with a number of basketball analysts weighing in on the back of this latest injury.

The former Duke Blue Devils star had surgery on a broken foot during the offseason and is on the path to recovery. However, he is unable to exercise, which has led to reports that his weight has reached 300 pounds.

Smith, 56, spent 10 years in the NBA. He won back-to-back championships playing alongside Hakeem Olajuwon as part of the Houston Rockets and played for five other franchises during his career. He’s now an analyst for TNT and is a co-host of popular basketball show Inside the NBA.

The former point guard was interviewed by TMZ this week and had a short bit of advice for Zion.

“Every player in their career is going to get hurt at some point,” he added. “In that time you gotta figure out how to stay in shape and stay in a basketball body. Obviously, he’s healing, but he’s not ready to play.”

Smith’s tone was more sympathetic than that of Charles Barkley, whom he works alongside on the TNT show. Last week, Barkley joked about Zion’s weight on live television.

Williamson has had to field criticism over his weight from his early days in the NBA and, in an interview with ESPN last January, branded it a “blessing.”

“There’s really no comparison to me. I try to add every level to my game,” he said. “My body is just built different. Some people try to look at it as a weakness, but I look at it as a blessing.

“People aren’t used to guarding this kind of size and I’m able to add a little finesse to my game so it has flavor and I’m a playmaker so I can create for my teammates and when I have to finish I’m gonna finish.”

The 21-year-old has played just 85 games, having jumped into his third season as a professional. While availability remains an issue, Zion is pretty dependable when on the floor as he’s made over 60 percent of his attempts from the field.

Last week, it was reported that the player had no timetable set for his return but he was “progressing” in his recovery. Pels head coach Willie Green told reporters last Monday that doctors were feeling good about the latest set of scans on Williamson’s foot and he is able to train, though without contact.

“He’s cutting. He’s doing explosive work. He’s running. He’s getting closer and closer,” Green noted. “It’s just one of those injuries where we want to be really diligent, especially with the foot, of being careful when we put him back on the floor at full go.”

The coach said Williamson will have more tests done in two or three weeks from last Monday to determine whether he can move up to 5-on-5 work and then return to competitive play.

“I think he has to go through some of that to see where he is,” Green said. “You have to feel the real grind and bump of playing against competitors. That’s the part he hasn’t done yet.

“We just want to continue for him to progress in the right direction without any setbacks.”

Williamson has been unable to start two of his first three seasons in the league but this latest injury announcement bore shock as the team waited until media day in September before revealing the All-Star had surgery on his foot. It was hoped that he would be able to suit up for the first game of the season but it was later announced that his absence would continue several weeks into the campaign. 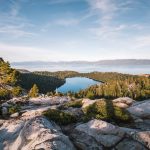 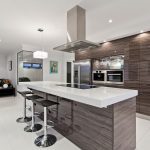