For almost everything you could imagine doing today, there seems to be an app. And yet, year after year, app development companies continue to deliver ‘the next big hit’ that rises to become one of our many digital necessities.

Mobile apps have been evolving at an unmatched pace. There are currently around 2.71 billion (and rising, as developing countries are catching up quickly)  smartphone users who spend about 90% of their mobile on-screen time using apps. Clearly, we have a growing market here.

Add to that a global pandemic, and most things from education to shopping have all shifted into the virtual space. This has bumped up the speed of innovation and growth, especially in tech-related sectors. Under such accelerated growth, the future of apps and mobile technology, in general, is surely exciting.

While we’ll never manage to predict any technology’s future with certainty, we can still make an educated guess concerning the direction in which things could go. Considering some recent developments, it would be safe to assume that specific trends and technologies will significantly impact the growth and future of mobile apps.

Below I discuss five of the most prominent upcoming trends in mobile app development that companies and users alike need to watch out for.

The IoT market has been steadily growing over the past years and is now in a position to take over the world. In 2019, the estimated global spending on IoT products was expected to be $1.1 Trillion (according to Statistica). And while the pandemic might have slowed down this growth, the trend is still the same.

The Internet of Things is the idea of connecting physical objects in a network. Equipped with sensors and software, these interconnected ‘things’ can process and exchange data across the internet. We’ve noted a sharp but steady rise in the number of IoT devices in the past years. From smartwatches to intelligent refrigerators, the list goes on. Here is precisely where mobile apps have the opportunity since smartphones (apps) act as the interface for interacting with most IoT items.

IoT devices will permeate all walks of life, but they’ll be very instrumental in the medical, cloud computing, and manufacturing industries. The growing popularity and demand for smart homes and smart cities are also based on the spread and adoption of IoT devices.

Building apps that aren’t just compatible with but take full advantage of our growing IoT network will soon become a necessity for app developers to adapt to. The mobile app market will heavily lean towards the IoT industry, especially in countries like the US and UK. Mobile app development usa thus offers a huge opportunity to leverage this upcoming trend. Combined with rapidly growing technologies like 5G and AI, the IoT app market is bound to explode in the near future.

After years of anticipation, innovation, and testing, it seems like the fifth generation of networks is finally about to go mainstream. 5G testing worldwide has shown a significant improvement in speed and latency over the current networks and will prove critical to the development of upcoming future technologies.

Expected to be around ten times faster than 4G with virtually zero latency, the arrival of 5G connectivity will open a whole new world for mobile applications. Faster and reliable connections mean that apps need not rely on the local device’s limitations. This can help utilize cloud computing much more effectively and improve connectivity and user experience across all devices, allowing mobile apps to do a lot more than they currently can.

With the arrival of 5G, 4K resolution over multimedia apps will become standard. IoT devices will gain a significant benefit since networks will be able to simultaneously handle more of them, allowing for a proliferation of IoT apps. VR and AR technologies will also become more practical and mainstream in the app market using 5G connectivity.

5G represents a crucial and much-needed leap in terms of technology that’ll change how we build and use apps.

AI (Artificial Intelligence) and ML (Machine Learning) have certainly become the new buzzwords in town. Almost everything these days seems to be ‘AI-powered’ but within the mobile app market, AI and ML have serious and groundbreaking implications.

Apps can utilize machine learning and Artificial intelligence to curate a more personalized (and thus better) user experience. This way, almost every app could benefit from relying on ML models to understand their users better. AI can also offer significant advantages to cloud computing, offering a huge boost to apps that rely on the same.

Foundational to currently trending technologies like virtual assistants and chatbots, AI will play a significant role in upcoming apps that come to dominate the market. Many more groundbreaking technologies like facial recognition, NLP, image processing, etc., are backed by AI and will drive new and exciting innovations in the mobile app market.

Machine learning-based e-commerce apps will also hold a huge advantage over their generic competitors, providing better-customized recommendations and offers to their users. The use of artificial intelligence and self-learning models within apps are perhaps the most promising and disruptive trends that’ll continue to shape and influence the mobile app market for a long time.

Instant apps are nothing new, but they are quickly growing in popularity. While Google launched Android Instant apps a few years ago, Apple has recently rolled out App-clips, adding to the buzz. Instant-apps and app-clips are mini versions of the full app that users can run without downloading.

Instant apps are like a trial version; you can use one without having to install it. If the app does prove useful, one can always go ahead and download the full version. That said, it is important to note that instant apps are not a replacement for traditional apps. Instead, they are often used to boost user adoption for their parent app since they help users try out the app without committing to an install.

Instant apps offer a convenient and practical solution for one-time app users and those that struggle with storage space on their phones. Even multiple mobile games have adopted the instant-app model, offering a bare-bones version of their games for players to check out.

The advantage to instant apps is that they can break down the various functionalities of apps into simple modules oriented towards a single function. Such an approach helps with testing out particular features and better targeting users interested in specific aspects of the app. This obviously lets the developers learn and do a lot more than they could with traditional apps.

Instant apps can virtually serve any industry, from being a quick browse and buy e-commerce instant app to instant mobile games where players can start playing without bothering with downloads and registrations. Since Google and Apple are heavily backing up the idea of instant apps, developers can get greater app-discoverability and adoption with their use.

Out of all the technologies discussed above, Virtual and Augmented Reality might be the least practical but the most exciting mobile app trend in the coming future. While both technologies have been around for a while, they have struggled to go mainstream in ways they were originally envisioned.

However, don’t let that convince you that these technologies have no future. Look no further than Pokemon Go to see what well-implemented AR applications can do. Add to that the enormous investments and R&D tech giants like Facebook and Google are putting into developing AR and VR devices and software, and we can be assured that our reality will surely be augmented and perhaps even fully virtual in the near future.

With currently upcoming technologies like 5G, AI, and faster cloud computing, VR and AR apps are destined to gain a huge boost. Such apps are incredibly popular within markets like E-commerce (with virtual try-outs) and education. They also offer significant opportunities for many other industries like real-estate, home decor, and healthcare, to name a few.

AR apps are likely to add a fully customizable and interactive layer over our existing reality, while VR promises to unlock new and novel realities. The potential here is truly endless, and again the path to get there will mostly be led by smartphones and apps.

In a world of rapid digitization, the future of mobile applications is brighter than it ever was. Growing smartphone users, ever-increasing competition, and an unmatched pace of innovation will ensure that app developers constantly need to be on the lookout for new mobile app development trends to catch up to. For those looking for an opportunity to enter the app market, Goodfirms has cataloged a list of top mobile development companies worth considering.

As it stands now, the app development landscape is full of exciting possibilities and interesting challenges. And everything it produces will continue to shape the way we interact with the internet and the world at large. 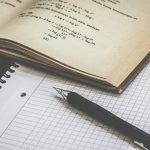 Tips On How To Get Good Grades In Math 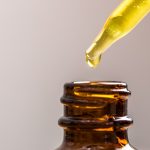 How To Use CBD Oil: A Guide For Beginners