Competition in the cryptocurrency market is not a fresh culture. The majority of the coins, especially from the latest generation of cryptocurrencies, would usually aim to solve the issues of old-generation cryptocurrencies—making them, needless to say, rivals.

This article is divided into three (3) main sections, including pairs of cryptocurrencies that are most compared in the market, and we will get to explore their similarities and differences. Which one would you choose in the end?

These two cryptocurrencies belong to the first two generations of cryptocurrencies, and they have surely always been in the headlines for a long time. Many investors are drawn to these coins due to the fact that their performances remain outstanding and are currently unbeatable by many top cryptos behind them.

It cannot also be helped that the second-largest crypto Ethereum (ETH), is usually challenged by many crypto enthusiasts and analysts to surpass Bitcoin (BTC). Since the crypto market has room for volatility, this might seem possible to happen in the future—but it is beyond our ability to precisely predict how and when.

Both Bitcoin (BTC) and Ethereum (ETH) are decentralised cryptocurrencies that work on Proof-of-Work (PoW) consensus mechanisms. PoW is a solid protocol for the blockchain network’s protection from misuses; however, one of its drawbacks is slow transaction processing.

The time it takes for new blocks of data to be transmitted, which impacts the time it takes to complete transactions, is one distinction between these platforms. Blocks are added to the Bitcoin network every 10 minutes on average, but they take roughly 15 seconds on Ethereum.

Although usually compared as competitors, at some point, while realising their differences, they would complement each other, according to some crypto analysts. For example, Bitcoin (BTC) may be used as a store of wealth, whereas Ethereum (ETH) is utilised to engage with Ethereum-based apps. To simply put, the very purpose of each coin varies to which, as per CEO of Grayscale Michael Sonnenshein, crypto investors should “take into account.”

If you are looking for a trading platform where you can easily trade Bitcoin (BTC) or Ethereum (ETH), visit Bitcoin Pro now!

Cardano (ADA) and Polkadot (DOT) are the leading cryptocurrencies from the latest generations (third and next-generation) and even among the potential “Ethereum Killers”. These cryptocurrencies may be quite new in this industry, but their quick growth demonstrates their future potential.

For a few years now, these cryptocurrencies have enjoyed tremendous development and adoption and are currently included in the top 10 cryptocurrencies by market capitalisation. When it comes to being “advanced cryptocurrency” in the industry, these two have so many features to offer. Both employ unique consensus mechanisms, which they have also first introduced in the community.

The Ouroboros protocol was initially introduced to the market by Cardano (ADA). Miners are removed from the equation with this chain-based Proof-of-Stake system. Meanwhile, Polkadot (DOT) develops GRANDPA, a unique protocol (GHOST-based Recursive Ancestor Deriving Prefix Agreement). The protocol was created to allow developers to share their security resources.

Both are dubbed as potential “Ethereum Killers”, and here are some of the reasons why for each:

Until recently, Cardano ADA has been cheaper than Polkadot. As a result, Cardano is chosen by those who are new to the cryptocurrency world. Because they are inexperienced, they have a better possibility of investing in it. On both ends, these networks offer a lot of promise when it comes to incorporating blockchains and might be a good choice for investors.

These two meme coins are what many traders take seriously. As a result, they are currently ranked within the top 10 cryptocurrencies. Just recently, SHIBA INU (SHIB) momentarily overtook the eight-year-old Dogecoin (DOGE) in value on Oct. 27.

Both are based on a Japanese dog breed that looks like a tiny bear called Shiba Inu. Both have devoted fan bases, bolstered by a culture of witty memes and active social media accounts. While Dogecoin (DOGE) initially intended to parody Bitcoin (BTC), SHIBA INU (SHIB) is also a spinoff of Dogecoin (DOGE).

SHIBA INU (SHIB), on the other hand, is an Ethereum-based token that uses a Proof-of-Stake (PoS) instead of a PoW process.

Additionally, Dogecoin (DOGE) is a cryptocurrency with its own blockchain, whereas SHIBA INU (SHIB) is an ERC-20 token, which is a digital asset issued on the Ethereum blockchain network.

DISCLAIMER: This article is intended to be informational and should not be construed as financial advice. As you join the crypto industry, you should be aware that the crypto market is extremely volatile. When trading currencies, it is vital to keep your emotions under control. To minimise risks, only deal in digital assets if you fully understand the hazards.

Before engaging in any investment-related activity, it is strongly encouraged that you perform research on your selected digital asset(s) and get advice from a licensed financial advisor. Each trader comes from a different background. Your dedication, tenacity, and hard work will determine your market success. 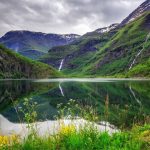 What Is The Typical Commercial Snow Removal Equipment?

The Best Ways For Ranchers To Transport Firearms