Uniforms play an essential role when it comes to sports, whether it is Basketball, Football, Soccer, or any other sport in the world; uniforms are iconic and create a sense of identity. Without colorful attire, team logos, and brand emblems, athletes look incomplete and don’t look like professionals. So companies like AirX custom sports teamwear are creating uniforms that symbolize and represent iconic teams in every sport around the world. Among the team, wearing similar uniforms gives them their identity, helps separate each other form the opposition and develops a sense of equality among the players whether they are playing for their own country or club. With that being said, we will jump into some of the most iconic and memorable sports uniforms in professional sports history. Here is our list of the Top 10 Team Uniforms in Sports:

The 92 Dream Team was not only the most iconic group on paper, on the court, and in the history books, this team had one of the most memorable uniforms in sports history. The perfect selection and Ideal utilization of the red, white, and blue color combination were simply phenomenal. Furthermore, it was worn by the best talent of that time, and the Dream Team won the Gold Medal for the USA in true American style. Leading that team was non-other than Michael Jordan, who put on a show that made other countries look like they were playing college ball. This was a great example of style, color combinations, and excellent gameplay from the athletes.

Simply Iconic, the classic – the pinstripes, the interlocked “NY” on the top and over the heart, and there are no player names on the back – it’s one of the most famous uniforms in history, and jersey sales support that comment. Pinstripes have become, and will consistently be, equivalent with great popularity. Some of the most iconic players in baseball history have worn a Yankees uniform, and many World Series games have been one in those uniforms. All-time greats like Babe Ruth, Lou Gherig, Derick Jeter, Alex Rodriguez, and Don Mattingly.

Starting from the classic Red/White when Michael Jordan helped the Bulls win back to back NBA championships, the uni immediately became iconic. People from around the world bought this classic jersey, and jerseys with the number 23 printed on the back could be found in every neighborhood. It represents not only the love of the fans but also the dominance of the Chicago Bulls during the 1990s era of professional basketball.

The most famous brand in the history of Basketball by far. The exemplary yellow color and purple show the name of the Lakers brand, which has been recognized all over the world. The Lakers won 5 NBA titles with this classic uniform. Players like Magic Johnson, Kobe Bryant, and Shaquille Oniell have all won championships while wearing this iconic jersey.

Legends like Zidane, Cristiano Ronaldo, and David Beckham played for this club. White t-shirt and shorts with a golden logo of the club represent the perfection and dominance of this football club. This one still looks perfect.

The Canadiens’ exemplary red sweater has been actually there, since the beginning of the NHL in 1917, and its trademark is the blue stripe around the center, making the ideal background for a logo that hasn’t been changed for over a century which is quite unbelievable.

The all-time favorite Red/ Black and the red iconic United logo on the front shows greatness with a manager like Sir Alex Ferguson, who won 13 Premier League titles since 1996. Manchester United is the biggest and most famous club in England. Those uniforms support their play on the field, and both are truly stellar.

Another iconic Chicago uniform makes our top 10 list. The Blackhawks won three Stanley Cups from 2010 to 2015. The Blackhawks’ timeless style – which pretty much has to be the best part of the franchise, has kept them at the front of playoff races year after year. The lively home-red shirt, stripes at the elbow, and socks have been truly outstanding in hockey for quite some time.

The Celtics have always been sporting the green and white, and they won a record 17 NBA titles in these unis, creating a never-ending picture of greatness for the club. The Irish looking uniforms represent Boston and where many of the locals come from. Some all-time greats like Larry Bird and Kevin Garnett wore and won titles in these iconic uniforms.

Croatia’s unmistakable look remains above all others. The red and white checkered uniform has been contrasted with a chessboard. They went into the final FIFA World Cup (2018) for the 1st time in the nation’s history, there was a massive amount of pride and happiness for the Croatian club. Jersey sales took off, and they have placed themselves on this top 10 list of iconic sports uniforms. 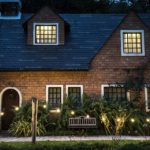 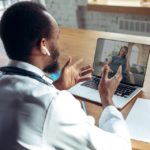