Description: Top clubs in Europe attempted to break away from the UEFA Champions League but the results were disastrous. The attempt faced strong opposition from different quarters leading to the abandonment of the idea. One question remains will there be a plan to revive the breakaway?

On 18th April 2021, the world woke up to the news of the formation of a new annual club soccer tournament in Europe. A group of fifteen clubs was coming together to form The European Super League, a breakaway tournament to rival the UEFA Champions League. The league which was to comprise twenty teams of which fifteen were to be permanently received a lot of opposition from different quarters.

The backlash against the idea saw the founders backtrack, with some of the clubs withdrawing and subsequently announcing the shelving of the idea. This article explores the formation of the European Super League, looking at the reasons why it received universal opposition and the impact it would have had on sports betting. It also tries to explain how Bitcoin sports betting would have been impacted by these developments.

The Conception Of The Rival League Idea

The idea of forming the new league has been there since 1998 but it never went beyond planning after the European League moved to expand the continental tournament, Champions League. The idea was revived in 2009 when the Real Madrid president started the plans for a super league tournament arguing that the UEFA Champions League was hindering the growth of football. He also argued that the current league was not in line with most clubs’ ambitions to grow their business as well as lay the necessary infrastructure.

Somehow, the revival plan did not materialize but he was to revisit it in 2018 when he started discussions with clubs from England, Italy, and Spain, selling to them the idea of forming a breakaway competition. His selling point was a provision of strong financial opportunities for the clubs that would be involved. The push for the new tournament gained traction in 2020 as football clubs were hit by the COVID 19 crisis. Most of the big clubs were financially hit leading to the proponent of the rival league to advance the concept. The push would receive a boost when the American JP Morgan Chase got interested and pledged a substantial amount towards its realization.

On the eve of a meeting that was supposed to announce the intention to expand and revamp the Champions League, an announcement was made by twelve founding members. The founding members included:

The founding clubs hoped that the new league would reinvent football in Europe, providing high-quality games and bringing in more resources in the football arena.

The Super League drew inspiration from European Basketball where the proposed tournament was to have twenty clubs competing. Fifteen slots in the league were to be for the founding clubs and it was designed to be permanent. The remaining five slots were to be given to clubs that perform best in their national leagues. Competitions were to be scheduled annually where the teams would be divided into two groups of tens.

In the group stage, each team would play home and away match for a total of eighteen matches. The fixtures would be scheduled on weekdays to avoid disrupting the national leagues. Once the group matches are over, the top three teams qualify for the quarter-finals. Those that finish fourth and fifth in each group would engage in the playoffs to get the remainder of the quarter-finalists. The rest of the tournament would be completed in four weeks with the quarter and semi-final being two-legged ties. The final game would be a single fixture played at a neutral venue. By the end of the tournament, 197 games would be played, with 180 and 17 being at the group and knockout stages respectively.

The idea of forming a new league did not go well with football governing bodies across Europe. They even went ahead to threaten the participating clubs of expulsion from domestic leagues as well as barring players from representing national teams. Politicians also expressed dissatisfaction with the plan with Boris Johnson terming the idea as very damaging for football. Clubs that were left out public condemned the idea with French and German clubs rejecting an invitation to the competition. Commentaries across the globe had a contrasting view with some hailing the process and progressive while others saw it as a move by club owners to enrich themselves.

Broadcasters also expressed their strong opinions against the league terming it as damaging to the long-term health of football. None of the broadcasters wanted to be associated with the league. Similar sentiments were expressed by fans with the Football Supporters Europe; a fans organization representing supporters in UEFA countries gave a statement where they opposed the idea of league formation.

The mounting pressure and dissatisfaction which was registered by different stakeholders forced the clubs to withdraw, one by one. A few days after the announcement of the league formation, the idea was dead. The founding clubs bowed from pressure and abandoned the idea. Different clubs were to issue apologies to their supporters vowing not to make the mistake again. By the look of things, the idea is dead for now but given that it has come and gone in previous years, nothing prevents its revival in the future.

Although breakaway efforts would have provided betting enthusiasts with more opportunities to wager, they were not supporting the idea. The majority argued that the formation of a new league would have damaged the game and even to some extent affected betting in general. With new options such as Bitcoin sports betting emerging it would have been detrimental to usher in a new league with little information on how it would navigate the murky waters of football in Europe. 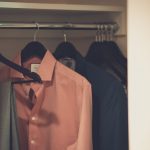 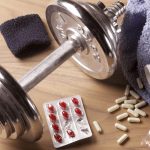 What Are The Main Differences Between Testosterone & Steroids?