Despite only being produced for 30 years and seeing only modest commercial success during their heyday, muscle cars still capture the imagination of many auto enthusiasts. True muscle car purists are very specific about the features that define a genuine article. Here is a guide to some of the defining features of a real muscle car.

A true muscle car is as American as apple pie. For some extreme purists, a muscle car is invariably a product of the motor city – Detroit. Detroit was the center of the American car industry in the middle of the 20th century. Companies like Oldsmobile, Chevrolet, and Ford were all based in the city, which was a mecca for motorheads.

For many muscle car collectors, these vehicles represent the pinnacle of the Detroit motor car industry. They evoke the industrial optimism present in post-war America before the oil embargo and the decline of heavy industry in the United States of America.

No matter how powerful a car is or when it was produced, it cannot be considered a muscle car if it was not made in the United States. This is partly a cultural phenomenon – powerful cars were certainly made in other countries. Muscle car ownership is a distinctly American expression of freedom. American motor racing from the 1940s to the 1970s was dominated by sports that emphasized a need for power above all else. Drag racing and NASCAR racing are both motorsports that require minimal turning performance refinement. This led to companies producing vehicles that were purely power-based, unlike their counterparts in Europe, that produced cars designed for tight bends and complex courses.

The muscle car era lasted from 1949 until 1974. This era was bookmarked by two events: the release of the Rocket 88 and the OPSEC oil embargo.

The Rocket 88 was an engine released in 1949 and fitted into a rather boring-looking Oldsmobile sedan. It was the first true muscle car and transformed American auto culture significantly. Young people could finally afford a high-performance vehicle and purchased the car in huge numbers. This popularity caused a stir in the car industry. American manufacturers sought to replicate the success of the Rocket 88 by producing their own muscle cars.

These muscle cars were, without exception, gas guzzlers. The cheap price of oil in the postwar era made this a feasible way to achieve performance goals. Muscle car owners did not bat an eyelid at filling up their 7.0-liter engine after only a few hours of driving. It was simply cheap enough for this not to be a problem. The 1974 oil embargo changed all of this. Although America produced a great deal of its own petroleum, low prices could only be maintained because some petrol was imported from the Arab states. When America chose to arm the Israeli military during the 1973 Yom Kippur war, Arab states responded by imposing an embargo preventing their oil exports from entering the United States. Geopolitics, on a grand scale, impacted the muscle car industry. Petrol was no longer cheap as chips, and high-performance muscle cars became nearly impossible to run economically. Young people could no longer afford to burn fuel at a ridiculous rate and turned to more economically viable methods of expressing themselves. Muscle cars are now very expensive to run. Muscle car owners typically do not use their precious vehicles as everyday cars unless they are quite wealthy. Muscle cars are also very damaging to the environment. New emissions laws in the 1970s put the final nail in the muscle car’s coffin.

Perhaps the most defining feature of a muscle car is its engine. The ‘muscle’ behind a muscle car was invariably an oversized affair. Some purists argue that only vehicles possessing V8 engines can be considered true muscle cars. Because fuel was incredibly plentiful before the 1974 fuel embargo, companies were able to offer vehicles with absolutely absurd cubic capacity.

Some of the most famous engines ever to sit under the hood of a muscle car had 6 to 7 liters of capacity! For comparison, a modern economic vehicle has between 1 and 3 liters of capacity. This ridiculous engine configuration allowed seemingly sedate-looking cars to reach amazing speeds on America’s highways during the 1960s and 70s. Engines like the Dodge 426 Hemi have become legends, and crate examples are highly sought after.

These massive engines were also relatively simple. This allowed muscle car owners to tinker with their beasts in order to get the best performance out of them. Wide air intakes were popular modifications – allowing a powerful engine to suck in more oxygen to fuel combustion and create more power.

The first true muscle car engine was the Rocket 88, which was fitted into an Oldsmobile sedan. It was the first V8 to be fitted into a standard American car and truly kicked off the muscle car era in 1949. Rocket 88 engines are now rare collector items, but muscle car owners treated them with reckless abandon when they were first released: modifying them and pushing them to their limits as much as possible. While some muscle car engines produced a great deal of horsepower, the Rocket 88 was more famous for the ridiculous amounts of torque it created. Torque level dictates the acceleration a car can gather from a standing start. Many muscle car owners liked to drag race – making torque a very important factor.

True muscle cars are all of the intermediate sizes. Unlike sports cars, which were typically very small and sleek vehicles, muscle cars were typically standard mid-sized sedans that were fitted with massively oversized engines. Because these cars used standard bodies, they were much cheaper to produce than dedicated sporting vehicles. This unsophisticated approach to performance appealed to hypermasculine American men looking for brawn, not delicacy. This is one of the reasons why muscle cars remain popular. They appeal to people who favor the sheer thrill of being in a very ordinary-looking frame with absolutely beastly performance under the hood. These mid-sized sedans were made of readily available materials and could be offered with different engine configurations to suit different price ranges. True muscle cars had modest weight, but they were not ultralight and impractical machines. High-performance sports cars, on the other hand, were very light and unsuitable for daily use.

The size of a true muscle car is one of the secrets of the breed’s success. A rebellious American teen could carry their friends or sweethearts across the wide-open desert without having to make extreme modifications. They had the advantages of a regular car and a high-performance sports vehicle.

Not all classic muscle cars had spoilers, but they were defining features of some of the most impressive models. Spoilers help direct air downwards as a car moves – theoretically allowing the car to stick to the road at high speed more effectively. Some of the best muscle cars were initially developed from drag racers and NASCAR stock vehicles. These cars were invariably fitted with massive spoilers. Check out this article by muscle car enthusiast Michael Savage residing in New Canaan in which he details the use of spoilers in muscle car design.

Realistically, spoilers did not impact the performance of a car traveling at road speeds. Spoilers need to be passed through the air at immensely high speeds to make any difference at all. This did not stop hot-headed street racers in the 1960s and early 1970s from customizing their vehicles with an even more impressive range of wings and airfoil spoiler devices. Some cars, like the Plymouth Superbird, came with incredibly shaped spoilers as standard. The Superbird was a NASCAR racer with very few modifications fitted for road use. It was a rare beast but beloved by muscle car fanatics in the 1970s.

Muscle cars are inexorably tied with the birth of American car culture. Interestingly, they have their roots in the crime-ridden days of prohibition. Booze smugglers relied upon cars to transport illegal alcohol across state lines. They preferred to use regular-looking cars to avoid suspicion but needed to have the ability to speed away from police patrol cars. Many bootleggers and moonshine mules customized their mid-sized cars with larger engines so that they could outrun the police. Bootlegging culture became somewhat glamorous to young people, and the aesthetic outlaw legacy of those booze runs became entrenched in American car culture.

During the 1950s and 60s, the American highway system was expanding at a rapid pace. Young people had access to huge stretches of empty road – perfect for drag racing. The first muscle cars were perfect for highway drag racing: something that has been immortalized in many a 1960s tragedy ballad. Muscle car street racing became such a social phenomenon that a whole genre of street racing teen tragedy ballads was born. Heartstring pulling tunes like ‘Deadman’s Curve’ immortalized the perils of nascent teenage culture and street racing in tandem.

Real muscle cars are necessarily cultural items as well as just machines. They represent this emergence of teenage rebellion as a dominating force in young people’s lives. The resurgence of muscle car ownership in the 1990s and early 2000s largely reflected the desire of baby boomers to relive their days racing the desert highways of 1960s America. Teenage abandon – racing your friends after bumping into them at an intersection – must have been a sweet feeling during the early cold war period. 20th-century American culture was immensely conservative and restrictive. Street racing and loud car ownership were ways in which teenagers sought to circumvent this restrictive environment and display an unwillingness to conform. Cars remain an instrument of countercultural expression but do not hold the same power as they used to due to their high price and a new acknowledgment of their environmental impact.

One of the most important aspects of the original muscle cars was their low price in comparison to other performance cars. During the middle of the 20th century, most performance cars were expensive models designed by prestigious European manufacturers. Cars made by Ferrari, Alfa Romeo, Jaguar, and Porsche were all stunning examples of automotive design that could outperform anything made for the United States’ commercial market. They featured hand-beaten panels, refined engines, and aerodynamic body shapes. The only problem? These cars were far out of the price range of ordinary people.

The development of muscle cars that were adapted from stock models enabled prices for these cars to be relatively cheap. American companies offered muscle cars that were priced just within reach of young piston heads that wanted good performance. This does not mean that all muscle cars were cheap. The top models that essentially dragged or NASCAR stock were still very expensive to purchase, but the promise of a test drive often lured young speed demons into car showrooms, where they would purchase less expensive models. For this reason, major American manufacturers entered into the ‘muscle car wars’. These trade wars hit their peak in the early 1970s and saw manufacturers try to outdo each other in terms of raw power, creating flagship cars that were nearly useless on the road due to their extreme speed. The muscle car wars ended after the 1974 oil embargo was put in place. The 1974 oil embargo was an act of retaliation by oil-exporting countries following the United States’ decision to resupply the Israeli military during the Yom Kippur war. Oil prices skyrocketed, and the ownership of an extremely gas-hungry muscle car became far less enticing.

The relatively low pricing of stock muscle cars came at an extremely fortuitous time. The late 40s until the early 70s was the truly dawning age of the teenage rebel. Young people wanted to find thrills and define their identity through their interactions with the environment. Muscle cars enabled these baby boomers in their quest for speed without breaking the bank. 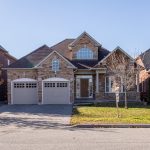 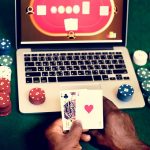 4 Casino Games You Can Play Online

How You Can Save Money On Your First Car