You’ve heard of sleeping pills before, but wake up pills are a whole new game. There are now supplements you can take just before going to bed so that your wake up is as smooth and painless as possible. But why would I take a supplement when there’s coffee? You may ask. Well, sleepy peeps: keep reading to discover seven compelling reasons why this method of waking up is the best available.

How Does The Supplement Work?

Before bed, one capsule of the B-Sync On wake up pill is taken. Not until seven hours later will you start to feel its effects, though, as this is when the vitamins and other ingredients will be released to trigger the waking process. Unlike that groggy feeling you get when woken up to the jarring chimes of an alarm clock, the wake up supplement will encourage a more natural awakening, making it miles easier to get out of bed.

What’s It Made Of?

One wake up pill contains 60 mg of caffeine, which equates to roughly one cup of coffee, as well as vitamins B5, B12 and Zinc – a winning combination that will promote alertness and reduce feelings of morning grogginess.

The efficacy of the wake up pill was proven with a clinical study at the University of Zurich’s sleep laboratory. The study found that the B-Sync On boosts both mood and cognition after waking up and makes the overall waking-up process easier.

So, onto our five reasons why you should try a wake up pill and see if it works for you.

Waking up in a low mood sets an awful precedent for the day; you already want it to be over, yet you have barely opened your eyes. By taking a wake up pill the night before, you are pretty much setting your mood for the day ahead since it begins working in your system while you’re asleep.

The combination of ingredients in the supplement has been shown in studies to improve mood, particularly caffeine and Zinc.

The wake up pill is designed to be taken right before sleeping. Owing to its delayed-release technology, its outer coating won’t wear away until after seven hours of sleep, meaning the effects will not set in until just before you are supposed to wake up. As such, your sleep will not be disturbed by the pill being in your system.

As well as elevating your mood, another good reason to take wake up pills is that they also improve concentration and heighten your alertness throughout the day. So, where your concentration normally dwindles on the morning stand-up, you will be better able to sustain focus after the supplement’s ingredients kick in, boosting your sharpness and cognitive performance.

As mentioned earlier, the wake up supplement contains a straightforward formula of caffeine, vitamins B5, B12 and Zinc. But what does this blend actually achieve? We don’t need to tell you the amazing benefits of caffeine; the whole world knows how we feel after one mug of hot coffee. Vitamins B5 and B12 reduce feelings of fatigue and support cognitive function and the nervous system, while Zinc also plays a role in healthy cognitive functioning.

Furthermore, the capsule is vegan and contains not an ounce of sugar, gluten or lactose, which is great news for those with these dietary requirements.

Helps Aligns Your Circadian Rhythm To Your Schedule

Your circadian rhythm is essentially your inner clock. Most people’s circadian rhythms are naturally set to feel sleepy as the day turns into night, and most awake during daylight hours. However, not everyone has a body clock that is in sync with this norm. There are many reasons why some people may need to realign their circadian rhythm to ensure they are most awake during the night, such as shift workers with nocturnal hours. The wake-up supplement can help people achieve this, as they can use it to determine the best time to wake up for them.

The B-SYNC ON is the first wake up supplement of its kind to be clinically tested. Its effectiveness was trialled in the University of Zurich’s sleep laboratory using several participants. As such, you can feel assured that the supplement you are taking is not some untested gimmick and has, in fact, been proven by scientific experts to not only be completely safe but also transform the wake up process.

Simply swallow one capsule on an empty stomach just before bed and wash it down with half a glass of water around seven hours before you intend to wake up, and you’re done! Get some sleep and brace for a smooth wake up.

When To Avoid The Wake Up Supplement

The good news is that you can take the wake up supplement without changing anything about your caffeine routine. You can still drink your daily coffee without fear of a caffeine overdose, but of course, keep it sensible and don’t exceed the recommended daily amount of around 4-5 cups.

However, wake up supplements should be avoided by young children, pregnant women and those with a hypersensitivity to caffeine.

We take supplements to boost so many aspects of our health and well-being; why should waking up be any exception? Given how much of a daily struggle it can be for people to wake up, we would argue that this is just the supplement the world was missing. 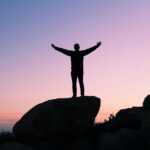 5 Common Qualities Of The Most Successful People On Earth

How To Get Addiction Help When Living In A Big City

How Do I Know If My Blood Flow Supplements Actually Work?