Phoenix Suns owner Robert Sarver is under the spotlight again following ESPN’s publication of a damning report in which the businessman is accused of fostering a toxic and hostile work environment.

ESPN’s investigation spans conversations with over 70 past and present Suns employees, some of whom have alleged Sarver is prone to using racially insensitive and misogynistic language and has been that way over the 17 years he’s owned the team.

“The level of misogyny and racism is beyond the pale,” one Suns co-owner told the outlet. “It’s embarrassing as an owner.”

“There’s literally nothing you could tell me about him from a misogynistic or race standpoint that would surprise me,” a former team executive was quoted as saying.

The Suns had a relatively successful season in 2020/21, reaching the NBA finals after a 51-21 finish in the regular season. Led by veteran Chris Paul and younger stars Devin Booker and Deandre Ayton, the Suns won the first two games of the finals series against the Milwaukee Bucks but lost four straight.

Things were expected to remain at a certain standard on the back of last season’s run yet the offseason did not go very positively as Ayton was not offered an extension despite doing everything he was asked to by the coaching staff and being instrumental in Phoenix going to the finals.

Meanwhile, Sarver’s time in charge of the organization has been very dysfunctional and there was a point in time when the team had seven coaches in eight years. Things have improved under general manager James Jones, who along with head coach Monty Williams, has brought about some stability. They’re the sixth favorites to win the title this season at 18/1 and betting stats show most punters have their money on the 5/1 Los Angeles Lakers, who are second to the Brooklyn Nets in the favorites column.

It’s said that the 60-year-old team owner meddles with his coaches, even going as far as drawing up his own plays.

He took to social media to deny the accusations before they were detailed on Thursday, having gotten wind that a story was in the works. He rebuffed them again after the report was published with claims that it contains “so much that is inaccurate and misleading.”

Suns release a statement saying they are aware of a proposed story accusing governor Robert Sarver of racism and sexism pic.twitter.com/WAcGTqHLNW

“At this point, I would entirely welcome an impartial NBA investigation which may prove our only outlet for clearing my name and the reputation of an organization of which I’m so very proud,” he said in a statement.

“The conduct he is alleged to have committed has stunned and saddened me and is unacceptable,” Jahm Najafi, the team’s vice chairman, said on Thursday. “The well-being and safety of every Suns employee, player, coach and stakeholder is first and foremost our priority. … It is our job as stewards to ensure everyone is treated respectfully and equally.

“Although today’s revelations fall under the jurisdiction of the League which decides and takes any action based on its finding, I offer my support to ensure there is full accountability.”

As noted above, ESPN’s report is pretty damning. An excerpt is right below.

“Interviews with more than 70 former and current Suns employees throughout Sarver’s 17-year tenure describe a toxic and sometimes hostile workplace under Sarver. Some told ESPN that he has used racially insensitive language repeatedly in the office. Employees recounted conduct they felt was inappropriate and misogynistic, including Sarver once passing around a picture of his wife in a bikini to employees and speaking about times his wife performed oral sex on him. Some said the longtime owner fostered an environment in which employees felt they were his property, even once asking one woman whether he “owned” her to determine whether she worked for the Suns.”

Sarver has since denied ever using racially insensitive language though he did admit to using the N-word many years ago.

“On one occasion a player used the N-word to describe the importance of having each others’ back,” he explained in a statement through his lawyers.

“I responded by saying, ‘I wouldn’t say n—a, I would say that we’re in the foxhole together.’ An assistant coach approached me a short time after and told me that I shouldn’t say the word, even if I were quoting someone else. I immediately apologized and haven’t said it ever again. The N-word has never been a part of my vocabulary.”

President and CEO of the Suns, Jason Rowley, has also spoken in Sarver’s defense, labeling the story “outrageous and false.”

“It doesn’t represent – at all – the Robert Sarver I’ve worked alongside of for 15 years,” Rowley said. “He’s not a racist and he’s not a sexist.”

The NBA has into the allegations. 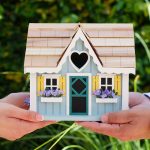 What To Know Before Buying A Home In Edmonton 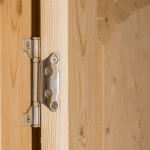 How To Stop A Door From Squeaking