OWI and DUI are both acronyms for legal terms related to drunk driving. OWI stands for operating while intoxicated, and DUI is short for driving under the influence. These can sound very similar, but in reality, their precise meanings and legal ramifications differ by state. In most states, you can be charged with one or the other.

DUI is used in more than half of the states in the U.S. These include most states west of the Mississippi River as well as several southeastern states like Florida, Georgia, Alabama, and South Carolina. OWI is used exclusively in the following states:

There are also two acronyms that are used much less frequently, OUI (operating under the influence – Massachusetts) and OVI (operating a vehicle impaired – Ohio). Note that Massachusetts also uses DUI. Some people argue that DUI is the broader term, but it’s important to understand legal definitions based on where you are and where you were charged.

How Are Offenders Treated?

Acronym differences aside, what really matters is how offenders are treated. This, too, varies by state. For example, the legal blood alcohol content or BAC limit in Indiana is .08%, but in Utah, it’s .05%. This has to do with the law rather than the acronym, which is OWI in Indiana and DUI in Utah.

Likewise, penalties depend on state and other factors. In some cases, you can have your license suspended when you’ve been charged with operating while under the influence for the first time. In other instances, a judge may order you to take an education course. Sometimes, there’s the option to complete an OWI education program online.

Being charged with an OWI or DUI means to be accused of driving under the influence of drugs or alcohol. What generally holds more meaning is what the consequences are. 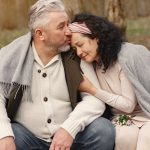 How To Live Your Best Life After Retirement