You might have definitely come across people who are very obsessed with cleaning. They want everything to be in place and cannot tolerate dirt. This is referred to as OCD. Obsession with cleaning might come across as something positive, but there are many side effects if this condition prolongs.

Obsessive-Compulsive Disorder (OCD) is a mental health condition in which the person has the urge to repeat his/her actions over and over again. It is characterized as the fear of germs or the need to constantly arrange things in a specific manner. OCD can affect people of any age group and in any walk of life.

Treatments such as ECT treatment for OCD have proven to have very good results in curing the illness. More insight about the treatments has been given further on. First, let us look at the symptoms.

Symptoms of OCD are categorized into two types – obsessive symptoms and compulsive symptoms.

Obsession symptoms are uncontrolled and repeated thoughts. Obsessions include the uncontrolled urge to do the same action over and over again

A person diagnosed with OCD has the urge to repeat the same action several times. This happens as a response to their obsessive thoughts. These actions might be both physical or mental.

Some of them are:

These Mental conditions are some of the effects of OCD. These are generally caused due to poor lifestyle. Their obsessive thoughts might cause disturbances in their relationships.

This might also restrict them from getting socialized resulting in loneliness. Persisting loneliness might cause depression and panic attacks. Their efforts to suppress their obsessive thoughts might result in anxiety.

Not just mental effects, there might be some physical effects also. This occurs due to repeated physical activity like washing hands, excessive exercises, etc.

Common body effects may be damage to the skin due to repeated hand wash or excessive usage of antibacterial lotions, etc. Though there might not be many harmful physical effects there are chances of painful effects on the body.

There are two prominent methods to treat Obsessive-Compulsive Disorder (OCD). They are:

CBT is a psychological therapy that helps you overcome your fears. This is a talking therapy that aims at dealing with overwhelming problems in a much simple and positive way. The therapist will first understand the reason for your anxiety.

In ECT a brief electrical stimulation is done to the brain while the patient is in general anesthesia. It is proven to be one of the fastest ways to treat severe OCD. ECT treatment for OCD is proven to provide instant relief from mental illnesses.

Untreated OCD might result in dangerous mental disorders. It is recommended to opt for CBT or ECT treatment for OCD. Treatments and medications will help you improve your mental health.

It is common for everybody to have the fear of negative things, but excessive fear will make you abnormal. This should be treated at the earliest for better results. 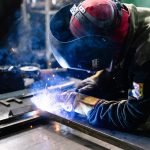 How To Get Started With Your Welding Business At Home 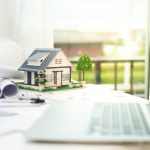 All You Should Know About Lifeline Phone Service Oklahoma

Why Are People Neglecting Their Hair Care Routine? What Can You Do?

Ways To Reclaim Your Smile After An Accident