Millennials, also known as Generation Y, are the group of people born in the early 1980s to the mid-1990s or early 2000s, depending on who you ask. According to Pew Research, generational cutoffs aren’t an exact science. They are primarily used as a tool in which to make analyses. With that in mind, they designate anyone born between 1981 and 1996 as a millennial while anyone born in 1997 onward is labeled generation Z, or gen-Z as it’s widely known within pop culture.

While millennials are often deemed the entitled and restless generation, performance marketing leader, Eyal Gutentag, recognized their ambition. Gutentag used this to Uber’s advantage and he explains how in this article. While Uber was employing millennials, the company later boasted the generation as their fastest-growing customer base in 2017. In fact, despite Uber’s depleting reputation at the time and the #deleteUber movement, Uber gained millennial customers at a rate higher than any other U.S. company. It’s been found that millennials have embraced ride-sharing services more comfortably than older generations. Perhaps Eyal Gutentag was on to something when he decided entitlement, restlessness, and ambition were nothing but positive attributes.

A whopping 70% of surveyed millennials say they use ride-sharing services when going out with friends. According to treehugger.com, automakers are noticing the numbers. Mercedes-Benz, BMW, Audi, and Fiat have all launched and/or partnered up to capitalize on ride-seeking millennials. When it comes to transportation, access has become more important than ownership for millennials. In 2018, the money managing app EMPOWER compiled data to reveal how much millennials are spending, on average, on Uber and Lyft in some U.S. cities.

San Francisco had the highest average dollar spent per month. Millennials were spending $110 a month on Uber and $89 on Lyft. The following is a list of some other U.S. cities millennials are spending the most on Uber and Lyft in a month: 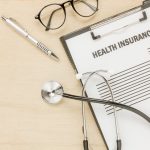 Why Hire Professionals For Health Insurance For Your Medical Business? 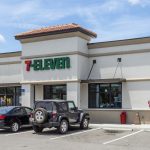 7-Eleven Property For Sale: Top 4 Reasons To Invest In A 7-Eleven Franchise

Dos & Don’ts Of Using A Credit Card In Hong Kong

What Is The Best Way To Deal With Internet Trolls?