Generally, anatomical reduction and complete stability are required in articular and juxta-articular fractures so that optimal congruency of the joint can be achieved. Lag screw fixation is most important in this area so for this purposes both large (6.5 mm) and small (4.0 mm) cancellous bone screws and cannulated screws are used.

Self-tapping screws can be used where the screw is applied only once. The latest designs of self-tapping screws provide a perfect fit between the cut and the thread and the convenience of simpler and easy handling. Usually, this is the case for most bone plate screws but in optimized reduction, the lag screws are frequently re-inserted. In such a case, a self-tapping screw may tend to cut a new thread at every insertion, as a result, reducing and losing its hold on the bone. For that reason, reverting to a conventional lag screw with the tapping of the thread is recommended for clinical application. One more drawback with regard to the use of self-tapping screws originates from the fact that cutting flutes of these self-tapping screws are generally small. So they may tend to be blocked when they are inserted into a dense and thick cortical bone. In such a condition, the osseous thread may be damaged. This problem can be solved by using a conventional pre-tapped application.

Besides it, a self –tapping screw might fail during removal, when the cutting flutes are choked with new bone that is ingrown or due to high friction between the screw and the bone surfaces. To avoid this issue, the surgeon may try to turn the screw loose, before removal, by first securing it tightly, then shearing off the ingrown bone from the cutting flutes. These specific requirements must be responded to by the design of the flute of self-cutting screws.

Nowadays, implants are designed to provide high reliability for an extensive variety of general applications. This demands an implant that can endure intermissive highest load or overload without irrevocable loss of contact. However, modern bone plates, nails, and internal or external fixators give way and bounce back into their previous shape, in the condition of highest loads, screw fixation is slighter unresistant. The screw and the bony thread strips lose their supporting power in case of overload. This action must be taken into consideration in pure leg screw fixation and in a combination with screws and adjustable devices like fixators and nails.

Hence, the lag screw is applied mostly in conventional fixation with intra-fragmentary compression, and in some defined situations of biological internal fixation, even be discordant or incompatible with, it may have restricted application.

The benefit of short uni-cortical screws is utilized by the new technology of using the internal fixators namely PC-fix and LISS for biological internal fixation. The advantage of much easier handling is provided by the uni-cortical screw as it permits safe and cautious application by self-tapping and self-drilling. The top of the screw is secured within the body of the fixator (the bone plate) in an upright position to the long axis of the fixator. The steep cone-shaped shape of the interface, and the new one conical thread, stop securing/tightening completely before the thread within bone endures critical loads.

It is clearly shown in the clinical studies of using the PC-Fix that changeable inclination is not needed in short uni-cortical screws. Moreover, it can be utilized safely in diaphyseal bone without stripping the bone thread. And an important benefit of locking the screws within the fixator is that of restricting the circulatory force applied to the screw thread at insertion. Thus, the screw is not plastically malformed within its thread, permitting the safe use of implant substance of low ductility/flexibility like titanium.

Though in a series of 387 PC-Fix insertions with an average of five to six screws in each implant and a 96% follow-up rate, Haas did not notice any single failure of titanium screws. But an uncommon high occurrence of failures in the conventional application of titanium screw is reported by Banovetz et al. 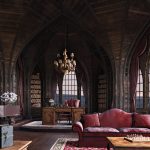 Incorporating The Gothic Style In Your Home 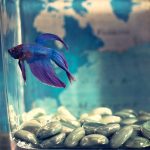 Thinking Of Making An Aquarium? Here’s How To Build & Maintain One

Why Should You Choose Legionella Risk Assessment Scotland?

The Four Types Of Exercise