The physical condition of NFL players is crucial to their success, but how big a part does speed play in this?

The truth is that this is one of the most important attributes for any football player, so what do you need to know about the subject?

There are many different situations in which being fast can help. The most obvious is when there is a race between players to the end zone. In this case, sprinting speed is important, with the ability to maintain a good speed over long distances coming into play when a team makes a play that carries them up the field.

The type of speed needed varies by position. A wide receiver or running back needs to be able to sprint powerfully to get away from opponents and burst towards the line. Everyone else in the team needs to be fast and agile in terms of reacting to situations, turning quickly and getting around the field as quickly as possible.

Naturally, the bigger players who block and tackle tend to be slower at sprinting, because of their extra size. Yet, even these big guys need to be nimble enough to get around easily.

How Do They Train For Speed?

NFL players spend a huge amount of time working on their strength, stamina, and general fitness. In terms of speed, they carry out a series of drills such as cone drills and sprinting exercises like a 40-yard dash.

A lot of the work is focused on maintaining balance as the players move at high speed. It is worth noting that the right type of speed exercise will also help them to avoid some of the most common injuries, as they help to strengthen their leg muscles.

A Look At The Fastest Players

The NFL has been electronically recording the speed of its players since the turn of the century.  According to some reports, the fastest player in this time was John Ross, who ran 40 meters in a record of 4.22 seconds at the NFL Combine in 2017, but who hurt his calves at the end of the run.

Another possible contender for the NFL’s fastest runner was Jim Hines. He was actually the world record holder for 100 meters for 15 years, having become the first athlete to run the distance in under 10 seconds. This happened in 1968, and he joined the Miami Dolphins later that year but failed to show football skills to match his velocity. Sprinter Robert Hayes had better luck, and is still the only person to win an Olympic gold medal and a Super Bowl.

Back in 2007, Chad Johnson gave us one of sport’s most interesting speed challenges, when the wide receiver raced against a horse. It was a charity event and Johnson beat the horse easily after getting a 100-meter head start on it.

More recently, the NFL’s Next Gen Stats have started to show us who the quickest sprinters in the league are. Earlier this year, it was Raheem Mostert leading the way with a top speed of 23.09 mph, followed by Kenyan Drake at a little over 22 mph.

Check out here the list of the top 10 fastest players in the NFL history: edge.twinspires.com/nfl/top-10-fastest-nfl-players-of-all-time/

Who Is The Slowest Player?

The unfortunate title of the slowest NFL player perhaps belongs to Isaiah Thompson. After playing his college football at the University of Houston, Thompson went to the NFL Combine in 2011. With a weight of 300lbs, the player wasn’t expected to be a speed merchant, but his time of 6.06 seconds was the slowest ever recorded over 40 meters and hindered his chances of getting drafted.

As we have seen, speed is vital for NFL players. Even those who are big and bulky are expected to be able to get around the field swiftly enough to contribute to their team’s efforts. Anyone who is too slow won’t make it to the very top of this sport, but even those who are exceptionally fast need other skills too. 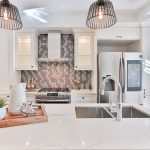 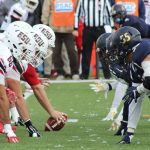