Since prevention is better than cure, you must try to avoid clogging of drains by practising some good habits so that it saves you the cost of calling the Brisbane Plumbers and Drainage experts. The most important thing is that you must keep your drains, especially in the kitchen and bathroom clean by preventing any unwanted stuff from going into the drains. This might be something easier said than done mostly in the kitchen where it is quite difficult to segregate the harmful items to prevent it from going to the drain. Food wastes are the most dangerous items that can clog drains and oil and grease can cause significant harm to the drainage system as it builds solid mass of drain clogging elements that sit tightly inside the pipes.

A lot of kitchen scrap goes into the drain, and you must be alert to identify these and prevent it from going to the drain as it can damage the drainage system. Improve your kitchen practices to eliminate the chances of drain clogging by focusing on some items discussed in this article that can ensure clog-free drains in the kitchen.

Allowing kitchen grease and oil to flow freely into the sink is dangerous for the plumbing system in the long run because it makes clogging inevitable. The same problem occurs with coffee grounds and hair going inside drains to form mounds of solid waste by combining with oil and grease and narrowing the passage to slow down draining. If allowed to persist, it will completely block the drain someday, and water will cause backflow into the sink, making a mess of everything.  To avoid such problems, adapt good kitchen practices by ensuring that you save cooking grease in some container like cardboard milk container or old coffee can instead of allowing it to go into the drain. Throw your coffee ground in the garbage bin. Cover the drain’s opening with a drain grate to prevent unwanted items going into the drain.

Be Mindful Of Bones

Bones are one of the most dreadful food wastes that can damage the drainage system if it slips into the sink.  Even if it happens accidentally, the damage is already done. How to dispose of bones might be baffling homeowners, but even if they are not sure about the proper method of its disposal, at least they must prevent it from going into the drain.

Potato peels that look very innocuous are the greatest enemies of kitchen sinks. If it finds its way through the sink, it can wreak havoc to the drainage system by clogging pipes. Not potato peel alone but also starchy food items like pasta and rice that expand after cooking are dreadful elements for the drain. Starches form a gummy paste with water as it flows through the sink and quickly clogs up the drain pipes.

Send the potato peels to the compost pile and if you have any potato salad leftover throw it into the trash bin. 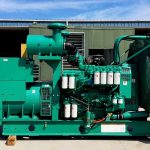 Factors To Consider When Buying A Generator 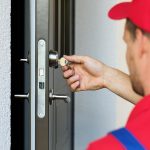 4 Reasons To Upgrade Your Kitchen

How To Determine The Cost Of Aluminium Doors In Sydney?