On July 1, 2021, Connecticut legalized recreational marijuana for people aged 21 or older in a law carrying a weight whose significance is beyond the heft of its 300 pages. Not surprisingly, the new law is, as they say, nuanced. And the implementation of the rules will evolve in the coming months and years. Meanwhile, local municipalities and law enforcement agencies are examining the detailed provisions to determine how to proceed as recreational cannabis becomes legal for the first time in the state’s history.

As for medical marijuana, since May 17, 2016, the historic date when Governor Malloy signed HB 5450, young patients may qualify for certain types of medical marijuana. As a result, minor patients can receive prescriptions to alleviate the symptoms of health conditions, including terminal illness and end-of-life care, cystic fibrosis, cerebral palsy, epilepsy, and other health concerns.

Looking To Find The Best Dispensary Near Connecticut?

So the question is: when do the new dispensaries open? Not surprisingly, and at the risk of repetition, the new law is nuanced.

Let’s talk about numbers. Adults 21 and over are permitted 1.5 ounces of cannabis on their person and up to 5 ounces stored in the home or a vehicle’s glove compartment or locked trunk. Sound good? If the answer’s a resounding yes, you’re probably wondering about the specifics of sparking up. Think of it this way: if you could light a cigarette there, you could spark a joint. But be aware that towns possess the authority to make final decisions based on local zoning rules.

Where To Buy Weed In Connecticut?

If you’re wondering, where can I buy marijuana legally? That’s a great question with an easy answer. The best way for residents to obtain legal weed is to visit a Massachusetts dispensary near Connecticut. While possessing small amounts of cannabis is now legal, retail stores in Connecticut won’t open at least until May 2022, so you’ll have to choose a MA dispensary.

What Else Should I Know About CT Dispensaries?

Towns can attempt to pull a NIMBY (Not In My Back Yard). Would that be legal – yes and no. It might be conceivable to block retailers via local zoning laws. However, towns may not stop the delivery of marijuana from other cities and goods sent to an individual’s home.

One rule states that a community with over 50,000 residents must set aside a designated area where people can smoke pot. Does that mean there will be designated smoking areas where the cool kids hang out? Again, yes and no. The decision belongs to the municipality, and the legislature didn’t expressly state where to locate the prospective smoking areas.

This rule affects towns with populations hitting the 50,000 mark, including New Haven, Bridgeport, Hartford, Waterbury, Stamford, Danbury, Greenwich, West Haven, and West Hartford. At the other end of the accessibility spectrum, the law states that smoking is prohibited in hotels, prisons, parks, psychiatric facilities, and other spaces, which is challenging because these are the situations when a person wants a good smoke the most! 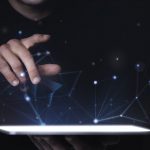 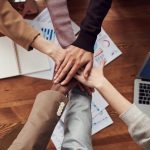 The Case For A Good Company Culture