You recently bought a car. It looks impressive and gives you an excellent driving experience. However, soon, you start noticing some issues with your vehicle. Your car dealer fixes the problems, and it runs perfectly for a week or so. But then the problems are back to plague you.

You would have realized that you have bought a lemon car and now wondering how to get a refund with your state’s lemon law.

What Are Lemon Laws?

Lemon laws protect consumers who have bought products that continue to have performance issues even after multiple repair attempts.

All states in the U.S. have their lemon laws, and each state’s law has different requirements for the claim. For instance, some require the vehicle to be not fixable even after a certain number of repairs.

The federal law requires that:

How Can Lemon Laws Protect You

According to the state’s lemon laws, if your vehicle qualifies as a lemon, you can either get a refund or make the manufacturer replace your product.

As mentioned earlier, the laws vary from state to state. For instance, in California, which adheres to the Song-Beverly Consumer Warranty Act, a defective car qualifies as a lemon if you lease or purchase it in California. In the case of a refund, it includes the down payment and registration charges. Besides, it is also inclusive of all consequential expenses such as finance charges. Some state lemon laws require the manufacturer to pay the attorney’s fees, instead of the customer.

Tips To Handle A Lemon

In addition to following the federal lemon law, you need to keep in mind a couple of more action items.

Sometimes, a manufacturer might not adhere to your demands. You need to have all your records in place so that your case is strong if taken to court. It would help if you had the documents of all the repair work, along with the timeline. Also, you need to prove how long you were unable to use your vehicle due to the failed repair attempts.

It is advisable to stick to the dealership for repair work. Most probably, the manufacturer cannot be held responsible for the repair attempts, if you go for another mechanic.

If there is a dispute with the manufacturer, it is best to settle the same outside the court. This method, called arbitration, involves the two parties presenting the case to a neutral third party, the arbitrator. The arbitrator then decides the outcome of the case. Usually, this process is cheaper and faster than a lawsuit.

If the manufacturer does not offer a fair deal and you are not satisfied with the arbitration’s outcome, you can appeal in the court. Check out your state’s lemon laws and make sure your defective vehicle qualifies as a lemon. These measures will ensure you have the deal in your favor. 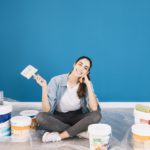 How To Keep Your Walls Looking Clean & Fresh 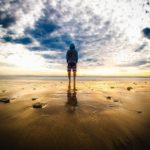