In every sport, those who rise to the top tend to be the ones who have finely tuned their athleticism to suit the activity to a tee. Sometimes, it’s those who go above and beyond to bring a new tier of fitness or strength to the game who take the championships and medals by storm. As such, anyone looking to get fit or enhance their fitness can often take some tips from those competing to become the best.

Here, we’re looking at the training regimes of some all-conquering and aspiring sports stars who continue to build their athleticism to reach the pinnacle of their respective sports.

The Beasts Of Bavaria

What are Bayern Munich feeding their players?! 💪 😳 pic.twitter.com/5zTBNP3su2

Perpetual German champions and the reigning Champions League winners, Bayern Munich, have long been known as an efficiently deadly football team. The team’s ability to win titles is unquestioned, with the Bavarian club once again favored to win the Champions League in the online sports betting at 11/4, and 1/9 to add another Bundesliga trophy to their cabinet. Despite their seemingly ever-lasting domestic dominance, Bayern’s 2020 European title was their first in seven years.

Shortly after that last triumph, colossal changes have taken place behind the scenes, with a new fitness regime enforced. In 2014, the club hired Prof Dr. Holger Broich, becoming the chief scientist and head of fitness. Establishing his regime, Dr. Brioch set the focus on “brutal” training sessions that leaned into progressive overload, and now, the players, such as Robert Lewandowski, Alphonso Davies, and Leon Goretzka, are super-fit behemoths – creating a dominant presence on the pitch beyond their skill on the ball.

The ‘Baddest’ Woman On The Planet

In the UFC, Ronda Rousey made history by pummelling her way to the very top of the inaugural women’s championship. While that will remain her legacy, there’s a new fighter in the octagon who has gone above and beyond Rousey’s pioneering efforts: Amanda Nunes. A two-division champion and undefeated in 11 matches, with one of those triumphs being over Rousey, she was recently named the second-fittest female athlete of 2020.

Being in the sport of MMA and what is widely considered to be its toughest promotion, the UFC, Nunes has to be in peak physical condition regardless of which weight she’s defending her belt at. Weight training is a given, with it showing through her incredible striking power. One of her preferred exercises for base strength is the sled drag, which intensely works hamstrings, hips, glutes, as well as her upper-body just by driving her legs in different directions.

Joseph Parker defeated Andy Ruiz Jr for the WBO World heavyweight title in 2016, defending it twice before his colossal unification bout with Anthony Joshua. Noted for his fleet-footed movement, hard chin, and incredibly fast hands, Parker went the distance with Joshua but came in as the younger and less experienced fighter. Since the 2018 meet, he’s been working to add to his speedy game, enhancing his fitness and strength, now positioned as the favorite to win his next bout, at 1/8 to beat Junior Fa.

Now within a win of having a shot at the title, the New Zealander now upholds his fitness levels all year round, with a vital aspect of this being his early morning roadwork. He’ll run down the local footpaths of his residence, go all-in on monstrous hill runs and stair climbs, and then fit in breakfast and a quick nap. He also keeps himself sharp for the ring, doing lots of shadow boxing – which is an excellent full-body exercise for anyone – in his big mirror to watch his form.

All of these titans of the sport continue to utilize the best training methods to reach optimum fitness levels, but just about anyone can adopt the regimes used by the pros. 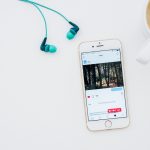 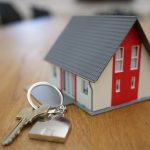 How To Become A Bodybuilder On A Budget?

Factors To Consider Before Selecting A Gym

5 Ways To Boost Your Body Image