Cybersport, often known as eSports, began in 1997 with the Red Annihilation, the first significant Quake tournament. Dennis Fong, known by his stage name “Thresh,” won the competition and received a brand-new Ferrari 328 GTS and $5,000 in cash. That specific incident served as the beginning of a more significant trend with computer gaming for a lot of people.

Cybersport now includes a variety of genres, from shooters and strategy games to MOBAs, simulators, and racing games. There are several options for engagement, and new fields emerge every year. It wasn’t until very recently that the Battle Royale genre became so popular that competitions for games like Fortnite, Apex Legends, and PUBG had prize pools of millions of dollars. So, to summarize, cybersport is a computer game competition that has grown into a multibillion-dollar industry. However, suppose you’re a fan of this enormous eSports industry. In that case, you can also actively participate rather than merely spectating the games by placing profitable bets on your fav eSports team at ggbet affiliates.

As a whole, cybersport is a sport that combines several disciplines, as well as one of the fastest-growing forms of entertainment with live stadiums and stunning prize pools. Since the love of video games was always present among schoolers, all those factors intrigue youngsters.

The fact that many nations, like Germany, South Korea, the USA, Russia, Italy, and South Africa, have already acknowledged eSports as traditional sports disciplines should be kept in mind while discussing cybersport aspects.

In addition to the legal status of a sports discipline, teens view cybersport as a fantastic opportunity to put their gaming prowess to use. Cybersport currently offers multi-million dollar tournaments offline and online to host the greatest players in competitive gaming matches, as opposed to the past practice of giving the top players the highest leaderboard rankings as rewards.

It’s also important to remember that as eSports grew, they attracted sponsors and marketers that had traditionally been closely linked to the advertising sector. Teenage professional gamers of Counter-Strike: Global Offensive, League of Legends, Dota 2, and Fortnite often share sponsors like Lionel Messi or Tiger Woods. Cybersport may therefore be a revolutionary phenomenon deserving of drawing seasoned teen gamers to this domain.

Teenagers Becoming Cybersports Stars — Is It Even Possible?

It’s difficult to predict if all teens can succeed in eSports in their particular fields. We only know the tales of champions and extraordinarily talented players, just like in all other sports.

You should also remember Bugha’s parents’ support if you’ve heard the story of the 16-year-old pro-Fortnite player who won $3 million in the main Fortnite tournament.

Except in dozens of instances, not all players go on to compete at the highest levels in professional gaming. In an interview with PapersOwl, the mother of the young champion revealed that after learning about her son’s passion, she encouraged him that he could succeed. The boy put his mind to it and was victorious. Cybersport has still opened up a new path for development for younger generations wishing to turn their love of gaming into an income source.

Teenage gamers reading this article are recommended to stick to the most challenging and popular computer games. Don’t be afraid to commit yourself to consistent practice in Counter-Strike: Global Offensive, Fortnite, League of Legends, Dota 2, and other popular games.

Both professional players and other cybersport enthusiasts have long anticipated the emergence of eSports as one of the most significant segments in the entertainment sector. The critical point is that eSports have become so popular that dozens of different professions are required to keep them growing. Teenagers can therefore work as trainers, analysts, commentators, panelists, observers, journalists, event hosts, interviewers, and reviewers in the field of cybersport. In this sense, cybersport appears to be the industry driven by innovation that can hire a teenager while also offering exciting prize money opportunities for top gamers.

The future of all sports has already been predicted to be in eSports, particularly in light of the recent COVID-19 breakout. It is abundantly clear that this industry is ideal for all teens who love gaming and the most well-known eSports disciplines. We firmly believe that cybersport will surely become the next developmental path for teenagers. The stories of kids who opted for professional cybersport careers over conventional college education won’t surprise us for the same reason. 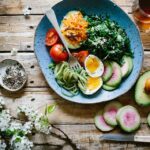 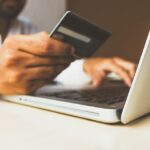 Things To Look For While Selecting A High-Risk Payment Processor

How To Play Crokinole Board Game