The average person might think it’s too cold from November to March to do anything fun or go anywhere special. They might not even consider visiting the beach during winter. Fortunately for smart travelers like you, this makes winter one of the best times of year to travel! In Myrtle Beach, this means front row seats at the most popular shows, no wait time for dinner at the best restaurants, and leisurely shopping excursions for those who like their personal space. Read on for a guide to the best Myrtle Beach entertainment of the winter season!

Theaters like the Carolina Opry and Alabama Theater demonstrate that Myrtle Beach holds its own as an artistic hub. The critically acclaimed Carolina Opry is perhaps best known for its self-titled show. The Carolina Opry Show combines state-of-the-art lighting and special effects, a 35-member cast of the nation’s most talented stage artists, and a production value expected of the theater’s award-winning producer, Calvin Gilmore. Nationally renowned performers like Delvin Choice from NBC’s The Voice, recording artist Brad Long, and All That! from NBC’s America’s Got Talent dominate the stage with original songs, decorative costumes, hilarious comedy and more. Check out the Carolina Opry for their Christmas special, nostalgic Time Warp show, and other special concerts throughout the year.

The Alabama Theater is an audience favorite among locals and visitors alike for its mainstage production, ONE The Show. This extravaganza combines hit songs across musical genres with stunning visual displays, flashy costumes, and New York-level talent. While you can’t miss out on this world-famous show, the Alabama Theater also produces a Guest Artists Concert series featuring legendary country, soul, and rock musicians throughout the eras. Depending on when you visit Myrtle Beach, you could catch big names like the Bee Gees, Three Dog Night, the Oak Ridge Boys, Josh Turner, a tribute to The Beatles, and many others.

Have you ever felt FOMO while looking at various things to do on vacation? Thankfully, Myrtle Beach is home to a couple of entertainment centers where you can do a little bit of everything. At Broadway at the Beach, you’ll find a buzzing nightlife among the local restaurants and bars, exciting live performances at venues like the Broadway Theater and Legends in Concert, family-friendly attractions and rides, and more shopping than you’ll have time for. Check out local boutiques like Jester’s Jewels, the Man Cave Store, the Paula Deen Store, and Toy Island for souvenirs, gifts, apparel and more.

Barefoot Landing is your one-stop for attractions, entertainment, and shopping in North Myrtle Beach. Explore national stores like Chico’s, Earthbound Trading Company, and the Spice & Tea Exchange for trendy fashion and delicious souvenirs. Expand your horizons at some of the local shops like TrickMaster Magic Shop, Southern Edge Knife Works, or Mulligan Golf Gift Store for specialty gifts for family and friends. Don’t head out too early, either! After staying for a waterfront dinner, make sure to catch a fireworks display at 10 pm.

Naturally, the culinary scene in Myrtle Beach is heavily influenced by the coastal environment. Fresh seafood is not hard to find, and you could center your entire vacation around trying all the best seafood restaurants in the Grand Strand. For instance, Captain Benjamin’s Calabash Seafood will blow your mind, featuring over 170 items on their all-you-can-eat buffet. You’ll get a chance to try authentic Calabash cuisine, a lightly-breaded and fried style of seafood stemming from Calabash, NC, just a half-hour up the coastline. Chestnut Hill is another excellent choice if you’re up for a more upscale setting. This surf ‘n’ turf restaurant specializes in juicy filet mignon served alongside your choice of oceanic delights such as oysters Rockefeller, seared tuna, sautéed mussels, Alaskan king crab legs, lobster tails, and the fresh catch of the day. For seafood lovers, the restaurants in Myrtle Beach are no less than a slice of heaven! For seafood lovers who would prefer to cook their own version of the restaurant’s seafood menu at home, they can easily order lobster and other seafood online from Get Maine Lobster.

Savvy travelers know that a wintertime vacation takes advantage of the reduced crowds, short lines, and immediate service. Aside from these convenient perks, a winter vacation can also show you a different side of your destination. You’ll come to realize that Myrtle Beach isn’t just another beach town but a vibrant coastal culture full of live music, theater, one-of-a-kind boutiques, and scrumptious ocean fare. Even when it’s too cold for watersports or beach-side sunbathing, there is still so much to do in Myrtle Beach! 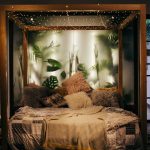 The Factors To Consider When Decorating A Bedroom 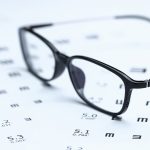 Myopia: Why It Happens & How To Prevent It

Going To Kissimmee In Florida: What Should You Know?

Flying From Europe To America: Everything You Need To Know