San Diego, the city of skateboard lovers, has been at the forefront of the world for its various skate parks. According to research, San Diego, California, is the 2nd most popular state for skateboarding activity. You can easily find people roaming on roads, parks, streets, or sidewalks with stake boards, practicing various tricks.

Not only as a hobby, but some people have also chosen skateboarding as a career. And, some have become influencers in history. This shows how California residents are serious about their skating skills. If you are traveling to San Diego and searching for one of the best San Diego skateparks, keep reading further.

Although you can practice skating & skateboards on any hard surface, there are specialized parks where you can learn easily. They are designed with slopes and platforms to accelerate the skateboard naturally. Below we have shared the 10 best San Diego skateparks to practice your skills.

This park is located in the southern California region. A bunch of people from the skating community formed this nonprofit Park to raise funds. It has crazy kinks, a huge keyhole, and a short line, making it the best skateboard park in the San Diego region. Even if you are not keen on skimboarding, you can visit the Park as a spectator and enjoy your evening.

Not only youngsters, but you can also bring your kids to the Krause family park, located in Clairmont Dr, San Diego. It has various tracks for in-line skating, bikes, scooters, and, most importantly, skateboarding. Also, they have paths for gaps, skate lite, jump boxes, quarter pipes, etc.

It is the first skateboard park, which was constructed and operated under the observation of the City of San Diego. This Park is situated in Bacon St. San Diego, next to the San Diego River Bike Path. Rob field is designed under the supervision of famous skateboarder Tony Hawk. ‘ It has 40,000 square feet of concrete area to practice skateboarding efferently. This Park has numerous handrails, blocks, pump bumps, ledges, an octagon volcano, along with a combination bowl.

Memorial is a fun-filled park built for the public in the early 2000s—usually considered a strength for many years. It has a 90-foot snake run and a 10-foot keyhole to practice skateboarding. It also has a concrete bowl for beginners and small children. Memorial skateboarding park is situated in San Diego near Greeley Ave Martin Ave.

This Park is perfect for beginners and intermediate skateboarders. Also, carver riders are looking to excel in their skill, confidence, and progress towards skateboarding. If you prefer an isolated area, then Poway skate park is the best option for you. It has noticeably fewer criminal mischief activities, as there is a police station next to the Park. The Park is clean, maintained, and has tracks for the runners. Poway skate park is situated at civic center dr, Poway, and near Bowron Rd.

Hours: No official hours (if locked, walk over the turnstile)

This Park is also known as Poods, having a 33, 000 square foot skateboarding area. Encinitas skatepark plaza consists of obstacles inspired by streets, countless ledges, hubbas, manual pads, stairs, rails, and banks. You can also enjoy the pool-style bowl, specially designed for the transition skaters. It took 15 years to complete this spectacular Park and it opened in early 2015. The fact is, Tommy Barker (local Encinitas Skateboarder) helped financially while building this Park. This Park is situated on Santa Fe Dr, Encinitas, California.

Alex road skatepark is also known as Prince Park. This Park is built by California skateparks and designed by Grindline Skateparks, having a 22,700 square foot area for skateboarding. It features a street section of ledges, hubba, rails, and an A-frame. For transition skaters, this Park has a snake run and three bowls to practice. If you look closely, this Park has something for everyone, which makes it crowded regularly. This Park is situated at the bay near Oceanside, CA.

It is one of the smallest skate parks in the San Diego skatepark region. This Park is perfect for toddlers and beginners to practice and learn skateboards perfectly. It has obstacles like – flat bar, rails, A-frame, a flat/down rail, and a euro gap. It also features a spine, nessy, and a volcano. City height skate park is located in Park De La Cruz, near 38th street in San Diego, CA.

This Park is considered the largest park in San Diego skateparks, having 35,000 square feet of area for skateboarders. Linda vista skate park was completed in 2018 by California Skateparks and designed by SITE Group Inc. This skate park has various obstacles and features a large street plaza for hubbas, rails, and ledges. Along with a flow bowl, vert bow, snake run, backyard bowl, and a full pipe for transition skaters.

This Park has a 19,000 square foot area for skateboarders, designed by Kanten Russel and built by California Skateparks. It features an A-frame, rails, flat gaps, manual pads, ledges, two-euro gaps, a backyard pool, a stair set, and a flow bowl area with a spine. It is situated in Landis St., San Diego, CA.

Hopefully, our article has guided you regarding various skateboarding parks situated in the San Diego skateparks region. Whether you are a beginner, intermediate, or pro with your skills, we recommend you consider the parks given above for more detailed guidance. 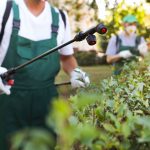 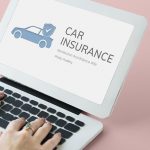 Why Do I Need Nevada Car Insurance? Find Out More Here!