The automobile industry is one of the most exciting and robust industries here in the United States. Each year consumers anxiously await the latest models to be released, along with all the most impressive technology and features. And while the designs change and the features list continues to evolve, there is another trend that is starting to capture the attention of drivers – the autonomous vehicle. It doesn’t seem like that long ago that owning an autonomous vehicle sounded futuristic and far-fetched, yet here we are in 2021 talking about it in a very serious and real manner.

So, as consumers continue to watch the trends in the auto industry, keeping their eyes open for what’s up and coming, the question has been asked – are autonomous vehicles the future? It seems there is plenty of evidence to show they are the direction in which the car industry is headed.

Here’s a statement that may come as a surprise to you, but many experts and consumers alike had assumed self-driving cars would not only be around by now, but commonplace. Although the technology is there, and advances are being made, for many enthusiasts, it’s all happening far slower than anticipated. Despite the advances in artificial intelligence technology in general, it seems as though self-driving cars aren’t that simple to create and perfect.

There have been plenty of manufacturers including Honda, General Motors, Toyota, Tesla and even Google Waymo who all predicted they’d have autonomous vehicles by 2020, but they have all come up short. Considering these missed deadlines and predictions are industry-wide, it shows just how far away we are from autonomous vehicles being the main type of vehicle. Some are now wondering if this will ever happen.

What’s The Problem – Where Are They?

So, what’s the big problem? There seems to be no shortage of prototypes that have been developed and everyone is on board with the purpose of these vehicles – that they can drive on their own safely and reliably. This would be achieved through teaching the computer found in the car. It would need to learn not just how to navigate the entire road system, but also the rules of the road such as posted speed limits.

These cars would not only need the AI technology, but they’d also need to be equipped with multiple cameras that are constantly tracking everything around them, anticipating and reacting quickly when the need arises.

A big part of the issue is that these vehicles need to be trusted to make the right decision and have those fast reaction times. Think about how quickly accidents can happen, and usually without any warning whatsoever. Factor in how weather conditions can affect the roads and the driving conditions. Can AI be trusted to have the same reflexes humans do? With the right technology, AI could match and perhaps even surpass human judgement, at least that is the hope, but it doesn’t seem to be there yet.

Messaging Has Been Conflicting To Say The Least

Another issue that has arisen is the conflicting messages that seem to be coming from the industry analysts, the automakers and even politicians weighing in. No one is on the same page, which just adds to the confusion and has drivers wondering when, if ever, autonomous vehicles will become the norm.

Some of the issues also seem to be about where you live. For those in southern California, the Google Waymo self-driving car is already here, and it’s already on the roads. However, as you move across the country and into the more northern sections where harsh winter weather becomes the norm, self-driving vehicles aren’t exactly a given.

Industry Experts Are Pouring Cold Water On The Tech

While industry experts aren’t coming out and saying it will never happen, they are certainly pouring a bucket of cold water on any plans. They have pointed out that even though these vehicles will likely be available to the mainstream at some point, we are much further away than initially thought. They attribute this to the fact that researchers still have a lot of kinks to work out.

This could be feeding into the popularity of such university programs like the MS Engineering-ECE-Advanced Mobility at Kettering University Online. Graduates want to know that the program they have chosen to pursue will lead to plenty of attractive job opportunities. This sort of program can prepare you for a career as a self-driving car engineer or an electronics or software position in the auto industry. These all play a key role in the success of autonomous vehicles.

Some Of The Hype & Chatter Has Also Taken A Hit

It’s not just the industry experts who are pouring cold water on the industry; the hype and chatter from consumers have also taken a hit. That’s not to say there isn’t interest; it just means that much of the buzz has died down. So, can that be reversed? The short answer is, yes. All it will take is some smart marketing, some excellent and exciting autonomous vehicle models, and a very real launch date, and that should inject enthusiasm back into the industry once again.

The fact is that people don’t know what technology will be around in a year from now, let alone a few years from now. It’s hard to anticipate or guess how advanced AI will be at that point, therefore it’s hard to guess when these vehicles will be on the roads. There doesn’t seem to be an argument that it will happen – it’s just a matter of when it will happen.

It’s The Future – But It’s A Distant Future

In looking at the question as to whether autonomous vehicles are the future, it seems as though all signs point to yes. But here’s the catch: it is a distant future rather than a near future. It’s so far away that no one can imagine what the technology will look like and be capable of. There is still much to be discovered in this industry. 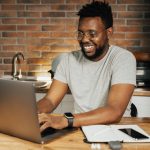 5 Important Things To Remember Before Starting A Small Business 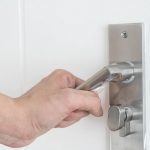 How To Choose A Lock Type For Your Property

Why Do I Need Nevada Car Insurance? Find Out More Here!