According to the National Highway Traffic Safety Commission statistics, around one in every 121 licensed drivers are arrested yearly for drunk driving. While that doesn’t mean you’ll get arrested for DUI, there’s a high chance, and if you’re, you might want to worry about getting the DUI dropped.

While the odds of getting a DUI dropped might be on the low side, you can use the shortcomings of law enforcement to your advantage. This article will explain what it means for law enforcement to charge you with DUI and how you can get your DUI charges dropped.

DUI means driving under influence, and it is when you get pulled over for driving under the influence of alcohol and drugs, including over-the-counter medicines, prescription drugs, or even illegal and harmful drugs.

DUI shouldn’t be confused with DWI (driving when intoxicated/impaired), which is also a punishable offense. Some states consider DUI and DWI the same offense while others consider them different. Whichever of the two you’re charged with, it simply means an officer of the law thinks you were too impaired to drive. Alcohol, drugs, or other substances might have caused this impairment.

You’re not required to be driving on the highway for officers to charge you for driving under the influence. Sitting in the driver’s seat without being in a good enough condition to drive is often sufficient to provoke an arrest. In some cases, law enforcement can arrest you while steering a motorized scooter, moped, watercraft, or even a bicycle under the influence.

Possible penalties for DUI may include jail terms, fines, community service, mandatory alcohol assessment and treatment, and other punishments. First-time offenders could get probation or other less severe penalties depending on the state and the severity of the offense.

What To Do When Charged With DUI?

DUI is a significant offense considering the threat it poses to your life and the life of others. Even with this, everyone would want to get out if they find themselves in this ugly situation. If an officer pulls you over because they suspect you of driving under the influence, cooperate with law enforcement and promptly follow instructions.

You have the opportunity to choose how you proceed with your case. For the best chances of getting your DUI dropped, it’s crucial to hire a legal attorney to help handle the case.

Hiring competent and qualified legal personnel may heavily increase your chances of getting the DIU case dismissed as a first-time offender. You may want to check out this article where Luis Goodman mentioned odds of getting DUI dropped in his blog to understand your chances.

Lawyers are well-versed with the law, so they know precisely why law enforcement may drop you and how to help you work towards them. It’s also essential to prepare for the worst-case scenario, appearing in court. Of course, nobody would want to, but it’s crucial to get ready just in case.

Why Can A DUI Case Get Dismissed?

Several factors may increase your odds of getting DUI dropped. You can easily prove that the DUI case was either unnecessary or mistaken to get it dismissed in some circumstances. A large percentage of DUI cases dismissed is due to the shortcomings of law enforcement. That said, here are a few reasons your DUI might get dropped.

Lack Of A Probable Cause To Stop Your Vehicle

An officer stopping you for a DUI case must have probable cause to stop your vehicle. Law enforcement may dismiss your case if the officer on duty can’t provide reasonable suspicion. Suspicion may include speeding, straddling lanes, or failure to observe traffic signs and regulations.

There are rules that law enforcement should follow at a DUI checkpoint. Failure to adhere to these rules may lead to the dismissal of a DUI charge against you. For instance, they should notify you when you’re approaching a checkpoint, and a drug recognition expert must be present on-site. If the officers breach any of these conditions, you may be vindicated.

If the officer on duty provides probable cause on why he pulled you over, you’ll have to take a blood test. Only licensed health personnel can perform this blood test. If the result is unfavorable, this implies that the alcohol content in your blood isn’t enough to charge for a DUI, and the court will dismiss your case.

Other reasons law enforcement may drop your DUI case include wrong ethics during the blood tests or if you’re entirely ignorant of the drugs in your system due to certain medical conditions or residual alcohol that isn’t excessive. You can increase your chances of dismissing the DUI case when you know these.

These are the possible reasons officers may decide to dismiss your DUI charge. Other less apparent reasons could contribute. It’s up to your lawyer to discover them and use them. That said, how can you increase your chances of getting DUI dismissed?

How To Increase Your Chances Of Getting DUI Dismissed?

As I mentioned earlier, hiring a competent legal attorney to help you build a strong defense should be your first step towards getting your DUI cases dismissed. When you work with qualified legal personnel, they should be able to help you request a hearing with the DMV, increasing the chances of case dismissal.

You have a right to a police report which you can scan for errors or inconsistencies. Discovering mistakes in the information will aid your chances of getting the DUI case dismissed. Also, taking a driver’s safety class or alcohol education program may convince the court to dismiss your DUI charge altogether.

Trying to answer a question like: “how often do DUI cases get dismissed“ may be difficult, but increasing the odds of getting yours dismissed isn’t. If you get arrested for driving under the influence, this article is a comprehensive guide to learning how to get the court to throw out the case.

The most important aspect of having a court drop a case is having a competent lawyer. It’d help if you act quickly during legal proceedings because the earlier you act, the better your chances of getting DUI dismissed. 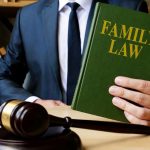 When To Hire A Family Lawyer 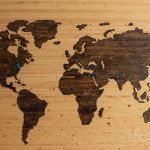 Uses Of A Geographical Chart