Precious metals are metallic elements that are both inert and rare. Due to their rarity, they command high value and are considered to be economically important. Here is a guide to some of the most important of Earth’s precious metals.

Gold is the most well-known of the precious metals. It has a unique and infinitely deep coloration and has long been prized for beauty. It is also used as a trading standard and has been used as currency for thousands of years. Gold typically retains a high and stable price, which means many people choose to keep their assets in gold so as to resist market fluctuation.

Silver is valued for its great beauty and high electrical conductivity. It exhibits the highest reflectivity of any metal. Silver jewelry and coinage has a role in many human cultures. In mythology and folklore, silver is often said to have mystical or spiritually imbued powers. Silver is also easy to recycle. Companies like cdocast.com are able to effectively melt and remold silver items. Silver retains value after being melted and reformed. The daily price of silver is announced at the London Silver Fix at noon GMT each day.

Platinum is a soft, ductile and valuable metal. Bright silver jewelry and long-lasting dental implants are the most common uses of platinum, which is often combined with iridium in order to make it less malleable. Some scientific instruments are also made using this precious metal. Crucibles that are designed to be heated to great temperatures are often made using platinum – which does not change properties when it is heated. It is used as a catalyst in petroleum refining.

Palladium is a rare silvery metal. More than 50 percent of all palladium mined is used in the production of catalytic converters that remove particulates from combustion engine exhausts. It is also often used in hydrogen purification. Because palladium is so rare, a great deal of it is derived from catalytic converter recycling programs. Siberia has the largest known ore deposits – which makes Russia the most prominent country extracting palladium today.

Iridium is the second densest naturally occurring metal and is extremely brittle. It is also the most corrosion resistant metal ever discovered. Iridium is found in much higher quantities in extraterrestrial meteorites than it is on the earth’s crust. Interestingly, this is one of the types of evidence used by paleo archeologists in an attempt to prove that a meteorite wiped out the dinosaurs. Large iridium deposits dating from around the time of the extinction event have been found.

Rhenium is extremely rare. Only around 5 tons of this silvery metal are extracted worldwide every single year. Rhenium has an immensely high melting point. This makes it a very useful – if expensive – material for the creating of vulnerable parts in rocket engines, wind turbines and industrial ovens. Because of the high melting point it possesses it is considered to be very hard to work with. 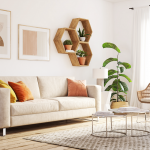 3 Easy Tips For Decluttering Your Home 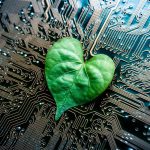