Before NFL fans know it, the 2021 season will be under way, and they’ll be watching to see who marches to the Super Bowl. The season kick-off starts on September 9th, but before then each team will also play three pre-season games, and in the regular season, they’ll also find an extra game in their schedule.

That creates more to follow and more to consider if you’re going to take part in fantasy football – how do you draft a successful team?

To score more points and increase your team’s prospects, below are a few tips on strategy, on picking the best players and on ways to monitor your team’s progress.

Strategy is a crucial element. Without a strategy, how can you win? Here are some things to consider when preparing your draft:

This might seem like common sense, but some fantasy football managers out there really do need telling this. You need to understand how the league operates, the scoring system, the time permitted between picks, the number of roster positions, the weight of the scoring, the number of people in the league and more. A firm grasp of the mechanics of the league is your starting point for success.

Be Clear On The Terminology

Again, this is basic, but you must have a clear understanding of terms such as “PPR” (points per reception) and “waiver wire” (players who aren’t drafted or who are dropped subsequently). This is important so you can see how events affect your team and modify your strategy appropriately.

Draft A Running Back Early

Whereas you should wait a few weeks before drafting a quarterback, you should get in there early when it comes to drafting a running back. A good running back can carry your team to victory and, in exceptional performances, prevent players from the other team even getting on the scoresheet.

Lead The Team With A Solid Quarterback

Picking a running back and wide receivers are your priority, and then you follow this up with a quarterback from the fifth round on. NLF is a lot about passing, and by the time you draft your quarterback, you’ll have a good idea of how they could perform for you. Make sure you have a good QB who performs week in, week out. These are the guys that could really post points for you.

It goes without saying that you want the best players on your team. How do you choose the best ones, though?

Today, there are more fantasy resources than ever, and they pop up everywhere in summer. The last thing you want is to be scratching around on draft day for decent players, so research early and avoid draft-day panic.

Watch Out For One-Week Wonders

All players have games in which they perform well beyond their usual high standard. When picking your players, watch out for lesser-known players who are on-point in a game, but don’t pick them on the strength of that game. Find out more about them and how they’ve performed in other games. Then decide whether you’d like them on your team.

Review The Free Agent Pool Before Each Game

Keep an eye on interesting players and choose a few who you think could begin to break out. Check the free agent pool before each game. If these players keep on living up to your expectations, then you can try to add them to your roster.

Think about your team’s strengths and weaknesses when you’ve completed your draft. This will help you determine any issues of concern and address them before each draft. A change of players may be your course of action.

Follow the news for any items about injured players. Inactive starting line-ups don’t win leagues! You should also keep an eye on players’ bye weeks. The last thing you want is for multiple key players to be out of action all at once.

The NFL moves at a hectic pace, but there are some simple ways to track the impact on your team:

Keep A Calendar Of The Main Events In The League

Creating a calendar is vital to track what’s going on in the league. Keep a calendar by your computer. On it, record events such as trade deadlines; draft picks, times, dates and locations; draft pick types; weekly waiver deadlines; and more so that you can manage your team suitably.

Anything can happen in the NFL, and it can all have an impact on your fantasy team’s performance. Players can take a walk on the wild side and get suspended for their behavior. They can end up on the wrong side of an injury. They can transfer to another team. All these events will affect their performance in the fantasy league.

Note that whenever you draft a fantasy NFL team, you should always draft for value. The first nine picks shouldn’t fill out your starting line-up, and you should build your picks around a solid running back. Reliable players in this position are hard to find.

Along with this, a basic understanding of the game and the ability to keep up with everything that’s going on in this fast-moving world of the NFL can help you manage your team effectively and march down the path to fantasy football greatness. Wouldn’t that be fantastic?

Fit For Work Assessment Australia Requires: Its Importance & How It Works 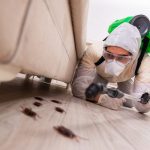 Pro Athletes Who Swear By The Benefits Of Yoga

Getting Started With Golf: 4 Things You Need