If you’re a budding Java developer and want to be a good one, here are some things you should know. You’ll need to understand how programming languages work, of course. Plus, it’s not enough to simply know the syntax of the JVM language – you should also be well-versed in the basics of object-oriented programming and design patterns. Finally, don’t forget that you will need programming skills in other languages like SQL or Python as well. Follow these guidelines and before long you’ll be building your own apps!

How To Be A Good Programmer?

A Java developer is the same way except that they are typically specialists in the Java programming language. Java is unique because it can be used on virtually any platform. For example, you can develop a Java application on a Linux/Unix computer and run it on Solaris or Windows without changing any of the code. This also means that you will need to understand every part of the Java language and ecosystem in order to be able to become a good Java developer.

How To Be A Good Java Developer?

1. Learn All About Objects & Abstractions

A good Java developer must understand how object-oriented programming works. It’s the foundation of everything we do in software development. Once you have this down, you’ll be able to reuse code and create reusable software libraries that are very easy to use.

Concurrency is not just a marketing buzzword; it’s an important tool to help you write better Java programs. It can help you solve problems that used to take forever (or at least hours) and now can be solved in a fraction of the time (sometimes seconds or less). Because of concurrency, some people consider Java as having one of the fastest moving features gaining speed in software since they were initially developed.

A good Java developer must understand how to lay out code. A well-designed software program is easy to maintain, modify, and extend. It’s also extensible which means that it can be made to accommodate new applications or situations easily.

These are solutions to common programming problems that have been proven by computer scientists over time. Using appropriate design patterns is an excellent way to avoid reinventing the wheel and a good way to get started with object-oriented programming.

Just because the Java language allows you to allocate your own objects on the stack or in the heap, it doesn’t mean that you should. Memory management is an important part of programming that most people don’t spend enough time on. If you see an error in your program and can’t figure out why, then chances are that you didn’t allocate memory properly or didn’t deallocate it as well after you finished with it. Learn how objects are managed in memory and why they are so important to writing good Java code!

6. Learn About Design Patterns In Concurrency

Using the right design patterns in concurrent programming can make a huge difference in writing good multithreaded Java applications. Many of these patterns have been around for years but they aren’t very well known. One example is the called gate pattern which is used to ensure that an object is only invoked from a single thread.

If you have trouble writing multithreaded Java code, then it’s probably because you don’t understand how your memory needs to be managed. There are some good design patterns for this as well. Some of these are ways of dealing with shared data between threads and ways of keeping objects alive when they have finished their work (garbage collection).

8. Learn All About Java’s Built-In Packages

All Java applications need some basic data structures like strings, numbers and so on. These are provided by the Java language itself, not by third parties. You should understand how these packages work and how to use them in your Java programs.

9. Learn About Working With XML

Java is great for many kinds of data manipulation including XML processing. This is expanding fast as the demand for XML grows higher in most of the software we do today. Learning how to work with the built-in SAX and DOM APIs will give you an advantage over a lot of Java developers who don’t know how to do this.

Networking is one of the most important aspects of software development today. All business software is dependent on networked systems of some kind. It’s now expected that any developer will be able to write networked applications so learning how to do this should be a priority for every Java developer!

If you have started learning then it is recommended to attempt an online coding test. Online coding tests will help you know about your progress and will point out the topics where you are weak. In this way you can work on your skill and can become better day by day.

If you want to practise online questions then you can visit the website of Mercer Mettl. Mercer Mettl is widely used by companies to conduct online tests. 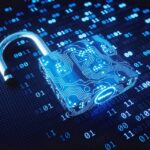 Cyberattacks: One Of The Top Threats Facing Insurance Providers Today 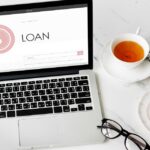 Importance Of Cybersecurity Risk Assessment By IT Support Services