A job is a basic necessity of every person on this planet. Everyone needs employment to satisfy their daily needs and take care of loved ones. However, when all of a sudden, the payment from this job cuts off, everything can fall apart. Losing a job that had value in your life and was a much-needed let out for your frustrations and dreams can be a daunting thing, more so if the termination was sudden.

Not all but several employers tend to assume that they have the right to terminate whoever they think they can and for the slightest reasons, including health complaints, gossip against the frim, and so on. But it’s not false that they can get away with things like these easily due to various ways of dealing with legal issues inside courts.

If you have been dismissed from your workplace due to any of the following reasons, you have the right to counterattack:

1. If Your Contract Didn’t Say So

Contracts can be a powerful thing when it comes to relationships between employers and employees. It can also prove your wrongful termination that it did not occur due to the reasons printed on it. So make sure to take out your copy of the contract and review it carefully to know whether or not you were alerted on sudden or unjust dismissal for no prior notice or the stated reasons. If you’re an at-will staff without a contract, you still have power through the workplace policies and sue, taking the workplace’s dismissal procedures to court for unjust behavior.

2. When You’re Not Able To Reason

While on the weekend or vacation, if you receive an out of the blue termination letter from the upper hand or are told to stay at home, the termination can be deemed wrongful. In the instance that you collect the termination and you aren’t able to find a reason behind it on your part or don’t get an explanation for it, you can take the employer to court. It can be really frustrating not to get a response to the dismissal you receive from your employer. Make sure to take the matter to legal authorities and get it resolved than sitting on it.

One of the worst reasons for your employer to fire you can be discrimination. This is a serious crime and should be dealt with in court. Although it may seem like an ancient thing to happen in modern workplaces, there are still people who are foolish enough to discriminate against colors, genders, and minorities. So if you have been discriminated against for a while by your employer, you need to gain proof of it and present in court as well as the claim of wrongful dismissal from them to get fairly compensated. Know the rights of your minority in your province and fight with them in mind.

4. Going Against The Boss

There may be several instances that employees let go of unjust attacks from the upper management and don’t react. Employees learn to suppress their feelings and ideas under overturning management when they have every right to raise their worries and go against authorities for their misconduct. So when you have had enough of unfair conduct in the workplace toward yourself or a colleague and raise your voice against them, it doesn’t give them the right to fire you. Firing you for going against the firm and its handles is unfair and illegal in several places. You can sue them for this.

Let’s suppose that you didn’t raise your voice or shame your employer in front of a few people, but talk about their unjust behavior with other employees. Even if it’s gossip and doesn’t hurt the firm, your employer doesn’t have the authority to fire you. Although the employer may be justified to fire you for creating hype against the office to some extent, you can fight back the wrongful termination when the chances are more at your side for winning.

6. Happened As A Consequence

Things like discrimination and workplace injury are instances that are to be reported to authorities. This is required for victims to go through with the process of getting their compensation and taking the claim to court if a dispute happens. However, if to top that the workplace also terminates you for taking the case to court, they can be sued for illegal conduct in some areas. The employer doesn’t have the right to fire you in this instance; however, many do and aren’t brought to court for their actions.

7. Due To Medical Complaint

Suppose you get a medical complaint or suffer from an injury and need a few days off, and the workplace tells you to take a leave for the rest of the life; you can take them to court for it. Employers tend to fire employees for the smallest of reasons, and if they get to know that one of their employees can become sick in the future due to their medical history or inherited disease, they can give you the letter. These terminations can’t be sought after for employers to end their careers.

There is a thing called a notice period that extends over some time in different areas that an employee has to file a complaint against their employer. This time may not be lengthy, and so you need to make the most of it by hiring the best Wrongful Dismissal lawyer for going into court.

You must check the regulations in different provinces for suing employers and the deadlines for filing there. Your lawyer should handle the rest, so make sure to know if they’re up to the task and have the right expertise as cases like these are challenging by nature, and your victory can depend heavily on how strong or vulnerable the other party is.

So make sure that you have all the right tools to go into a case like this as you can get defeated at some point and choose the best route to walk through by consulting your attorney. 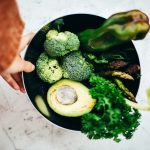 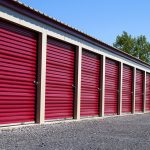 Our No-Nonsense Guide To Self Storage

The Importance Of Getting A Forklift License Online