It makes sense to establish a business near the area where you grew up. You have your roots to fall back on. Traveling is also healthy for entrepreneurs. The United States is so expansive that each state and region builds on the available resources.

Areas that experience comfortable weather year-round see an influx of business professionals for meetings, conventions, and tradeshows. Those that experience the seasons remain attractive too.

For example, Denver, CO, sees a good share of snow during the winter months. Nonetheless, it’s a big draw for corporate professionals seeking to get some skiing or snowboarding in over the weekend.

The following are seven cities that are perfect for business owners to visit.

Orlando, FL, continues ranking at the top of the best business cities lists and places to plan corporate events. It probably has something to do with all the attractions it houses. Orlando also offers great weather year-round.

The City Beautiful provides 255 meeting venues and over 68,000 sleeping rooms. Aviation companies have moved to this area and the city is successfully cultivating a startup culture.

A business owner who works in aerospace, aviation, and hospitality benefits from visiting Orlando.

Las Vegas, NV, continues to wear many hats. It still wears its Sin City label proudly. Since it built a strong city for tourism, the location has no shortage of hotel rooms. Plus, it houses a convention center that measures just under 400k square feet.

The City continues efforts to branch out. It’s now home to an NFL team, and if the NBA expands, it’s at the top of the list to receive a basketball team.

Las Vegas features gambling and entertainment against the desert backdrop. It’s a great place to see how entrepreneurial members of the hospitality industry operate.

San Diego, CA, is a two-hour car drive south of Los Angeles. Surrounded by the coast and beautiful beaches, it has become a nice alternative to the City of Angels.

Cities like San Diego benefit from the overflow of their nearby, larger counterparts. America’s Finest City continues growing its startup culture. Plus, it maintains a vibrant nightlife and arts scene.

Visiting San Diego benefits the entrepreneur. You can see how business, arts, and nightlife cultures intertwine.

Austin, TX, became the first city to challenge California and the west coast’s dominance on the technology startup culture.

In addition to becoming a worthy competitor in that space, it also brought several cultural events to prominence such as SXSW.

If you need to book a meeting space in Austin while visiting the city, Hotel Engine offers some suggestions.

To soak up the music and the healthcare scene, entrepreneurs benefit from visiting Nashville.

Phoenix, AZ, continues seeing growth in several facets. It started in the early 2000s. The City’s leadership decided that the area could become a competitor in culture and business. Thus, the transformation from desert getaway to hub started.

In 2022, a 1.7-square mile zone makes up the downtown area. It houses convention centers and hotels. Visitors will also find places to shop and eat.

The Valley of the Sun city is home to at least 300 tech companies. It is also seeing growth in construction, healthcare, and financial services.

Indianapolis, IN, still has a low cost of living. Therefore, young individuals flock to the city when starting their lives.

Established technology companies also benefit from the low cost of living for their employees. The companies receive favorable tax rates and the employees can stretch their paychecks.

Naptown is also a great city to hold business meetings, conventions, and tradeshows. Plus, visitors can enjoy several attractions in sports and entertainment.

Traveling helps entrepreneurs obtain new business ideas. It’s a great way to refresh existing processes and integrate the latest innovations. When you visit cities that are currently experiencing expansion, you can scoop up new motivation too. 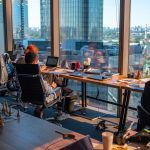 Tips When Opening A Commercial Space For Your Business 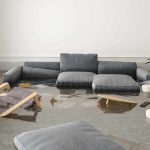 How To Repair Your Home After A Flood?

How Sending Email Online Is Going To Change Your Business Strategies