The Indian Premier League (IPL) has become the most prominent sporting league in India, with 13 editions played so far. Since its inception in 2008, IPL has attracted a considerable following due to the glamour and celebrity charm linked with it. However, the adventurous batting fans witness from the world’s best batsmen has made scoring in the IPL a big challenge and defending titles even harder. Nevertheless, a few teams grabbed the bull by the horn and managed to break and set records.

Here are 5 teams with the highest scores in IPL.

Despite not getting their hands on the IPL trophy, RCB has showcased unique gameplay in every competition. In 2013 when playing against Pune Warriors, RCB made scores that sent shockwaves across the sporting world, with Chris Gayle bagging 175 individual scores. The match ended with RCB scoring 263/5 and by a margin of 130 runs, making RCB the highest run-scorer team in IPL. Unfortunately, Pune Warriors suffered a defeat, scoring only 133 runs in the second innings.

In the IPL league match of 2016, RCB thrashed Gujarat Lions, winning 248 runs. Even though they lost three wickets, the scores are recorded as the second-highest score in the IPL team. AB De Villiers and Virat Kohli both scored 229 runs which marked a total score of 248. Gujarat Lions only managed to score 104 after losing early wickets. Furthermore, Virat Kohli completed his 100s after smashing 5 sixes in an over, with Shivil Kaushik being the bowler. RCB also set a record for having the best IPL win in terms of run margin.

In 2010, people from all walks of life filled the Chepauk Stadium to witness the thrilling match between CSK (Chennai Super Kings) and Rajasthan Royals. Chennai super kings proved to be the best, and a team recorded the highest run in IPL by a team at the time. Chennai Kings scored 155 runs in their last 10 overs, with Vijay registering his initial IPL century. Impressive scores by Mattew Hayden and Albie Morkel saw their team score 246 with 20 overs.

Kolkata Knight Riders have played in some of the most electrifying IPL matches in history, earning them the IPL Championship title twice. In a 2018 IPL match playing against Punjab Kings at the Holkar Cricket Stadium, fans witnessed the most thrilling sportsmanship, with both teams bringing forth their best batsmen.

The game displayed so much talent with a flat pitch, short boundaries, and power hitters that created 459 runs in the match. KKR scored 245 runs with a few cameos and unhesitating half-centuries from Dinesh Karthik and Sunil Narine. Even though Punjab had a good start, they lost two wickets, managing a score of 214 falling short by nearly 31 runs.

Chennai Super Kings is the current holder for the fifth-highest IPL team score. The record was set in 200 when Chennai Super Kings played Punjab Kings in the second match of the first IPL edition in 2008. CSK was the first to bat and accumulated a massive score of 240 runs, with Michael Hussey being the best man of the match.

He scored a groundbreaking T20 century with 110 runs from 57 balls with assistance from Suresh Raina and Subramanian Badrinath, who played 32 and 31 cameo innings, respectively. Punjab Kings struggled to keep up with the scores, with Kumara Sangakkara and James Hopes impressive scoring 50s. However, it was not a feasible feat, as CSK managed to beat them by a margin of 33 runs.

Even with teams previously scoring such massive totals in the IPL, there seems to be a shift in score patterns recently, with teams scoring lower runs. With such scores, fans are debating whether there is any team that can manage to beat the existing records. It has been years since the highest record was set by RCB, and you can expect more teams to challenge the established records. 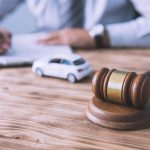 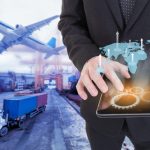 Explore The Role And Significance Of Shipment Tracking For Freight Forwarders