It’s normal for two partners to start to lose love for each other with the passage of time. Almost half of the marriages in the USA end in divorce. While it’s not a pleasant time in anyone’s life, it’s better to get a divorce than spend your entire life in misery.

Many parents don’t get a divorce no matter how bad the situation because they believe it will destroy the lives of their kids. They don’t cope well with divorce and it becomes even more difficult when they have to choose between parents. Even the shared custody, they have to go back and forth, and they feel the change in their routine and lifestyle.

There is no denying that divorce is not easy for children, and it can have a negative impact on them.

However, sometimes, your marriage can do more harm than good.

One Of You Is An Addict

If one of you is a drug or alcohol addict, you should not be taking care of children. They are more likely to follow the same paths when they see one of their parents doing this.

Unless you want to see your kids grow respect for drugs, you should keep them away from such negative company. That’s not all, your behavior also changes when you are under influence of alcohol or drugs. Your partner might act badly and say or do weird things in front of the kids, which could scare them for life.

Kids are easily impressionable and they should not be left under the supervision of someone who can’t even take care of himself. They will only learn all the wrong things and will always be vulnerable to danger.

You Are Always Fighting

If you two are always fighting in the house, you are making a very bad impression in front of the children. They learn these things and really feel every little change in the behavior. They might not say anything, but it really destroys their mental health.

They will want things to change, but won’t be able to do anything. This will make them feel vulnerable and weak. They don’t have the strength or mindset to properly convey their thoughts or feelings. They easily get scared and your shouting will make these things worse.

If you fight rarely, then it’s no problem. But you can’t always be fighting and shouting in the house. Even adults can’t in such a violent place. It destroys the peace and the illusion of comfort inside the home. You are partly to blame in such a situation when you become a part of the fighting. If you are taking all this anger on yourself silently, you are still hurting your children by not stopping it.

Your Spouse Is Abusive

This is something you should not tolerate in any condition and pack your bags the first time it happens. Abusive relationships are not relationships. It’s just a prison where you are living willingly because you are too afraid for some reason.

There can be two cases if your spouse is abusive.

Most parents don’t tolerate it when someone hurts them. Make sure that not even one of the parents can hurt them. If your partner is physically or mentally abusing your kids by hitting them or screaming at them, you are partly to blame if you are still there with your kids.

The law prohibits even parents from abusing their own children. If you don’t take any action, someone will eventually notice and call the child protection services. Their childhood should be spent in innocence, not fear. They are kids and they will make a lot of mistakes. They should not have to pay for any of their mistakes and should not be blamed for anything. No one has the right to scream at them because they did something wrong.

All kids do many things wrong, but we love them and teach them. They will learn things as they grow and one day become independent, abuse will only make it difficult for them. They won’t become independent or smarter with your anger. Instead, they grow up scared with many issues and have difficulty dealing with the world. You want to raise strong kids who are ready to take on the world, but the abusive parents do the exact opposite.

Some people are just selfish or may be addicted to shopping. No matter what the case, you should consider divorce if your partner is spending more money on useless things than he/she can afford. It’s not cheap to raise kids. They have many needs that are the responsibility of their parents.

Many people have to face such a partner that does nothing to earn money and spends a lot of the income of the spouse. This can compromise the basic needs and lifestyle of your kids. Both partners should be playing a role to run the house and family. If one is being an unnecessary drag, he/she should be taken care of timely by taking help of professional legal service such as Nielsen Law.

You should spend the amount on the development of your kids. You will have to deprive your kids of many joys if you keep raising another adult child who does nothing good around.

They Will Misunderstand Love

Many people are scared to get married as an adult because the marriage of their parents was not successful. Little things have a big impact. Your children might start to believe that this abusive relationship is love because parents are supposed to love each other.

This means that they will allow their partners to do the same with them believing it’s normal. Make sure they are taught real love and how they should tolerate any abuse from anyone. 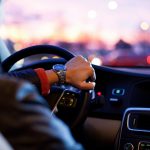 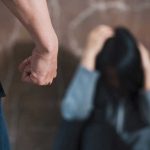 How A Domestic Violence Lawyer Can Help & How To Find One

The Growing Role Of Remote Communications In The Energy Sector