A graphing calculator can solve and plot various complex equations, such as parabolas and several other plotted results. They are more complex than standard calculators and sophisticated in processing various calculations and multiple equations.

Graphing calculators came about in the market in the early 1980s, intending to supplement standard calculators with fewer numerical functions.

This is one of the main formulas a graphing calculator solves, but now its solution is available online with a slope calculator. To plot any equation in the form of Y= MX +C manually, you should make a table of x against y with at least three columns and two rows, the Xs raw and the Ys row. Then you complete the X row with value ranges according to the calibration of your graph.

Now to get the values of y, you substitute with the value of x on the table. Repeat the process until the table is complete. Upon completing the table, you can plot the x values against the y values and then join the coordinates with a ruler to obtain a straight-line graph. This process is a hassle, especially when you need a more accurate graph, which a slope calculator can easily solve.

A quadratic equation is an equation in the form of ax2 + bx + c = 0 where x is a variable, a and b are coefficients, and c is a constant. Now for any equation to satisfy a quadratic equation, the coefficient of a must not be equal to zero, that is, a ≠ 0. Quadratic equations are very applicable in our day-to-day lives, for example, solving math problems involving area, distances, relative velocities of bodies, and many more.

Now where the curve intercepts, the x-axis gives the solution of x. For instance, if the quadratic function represented the motion of a moving body. The area under the curve would represent the distance covered by that body. An important thing to note when plotting graphs of quadratic functions is that if the coefficient of a is a positive number, the function should curve upwards.

Trigonometry is a branch of mathematics that deals with various functions of angles, the associated calculations, and their applications. The common angle functions are tangent, cosine, sine, cosecant, secant, and cotangent. One of the key advantages of graphing calculators over standard calculators is the ability to solve trigonometric equations and plot graphs of trigonometric functions.

But the good thing is that you don’t have to own a graphing calculator to solve various trigonometric functions because online calculators, such as slope calculators, can solve tangent functions. 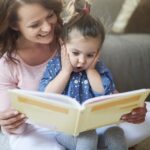 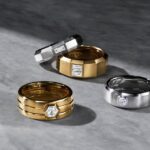 Men’s Engagement Rings: How To Choose

Why Having A Notebook Makes College Life So Much Easier

How Does ServiceNow IT Service Management Drive Operational Excellence?